The Wilbur Theatre: Continuing Its Tradition of Live Entertainment in The Theater District

Comedians like Brian Regan, Joan Rivers and Bill Maher have all performed on stage at this cozy theater nestled inside the Theater District. The theater itself was built in 1914 by the Shubert brothers who named it after their friend and theatre manager A.L. Wilbur and was the first Boston theatre to draw its inspiration from American Colonial architecture rather than from European sources. Today, you can catch a musical performance from the likes of Gaelic Storm, Yesterday – The Beatles Tribute, Engelbert Humperdinck, Steel Pulse and ABBA – The Concert. Click here for the schedule of events. 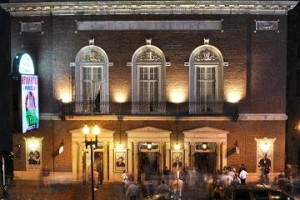