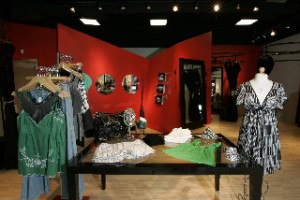 With four locations across Atlanta, Sage Boutique is a ‘must shop’ for the fashionista, whether just budding or firmly ensconced!  In a city with many high end shopping choices, Sage fills the bill with both quality and quantity ~ and get this, at prices that are shocking because they're so affordable. Most items are under $100 and new arrivals are stocked every Friday.  Look for labels like Alternative, Free People, Miss Oops, IT Jeans, and See Thru Soul, along with unique handbags and accessories. Sage supports the local arts community by selling jewelry made by neighborhood designers. The friendly employees always suggest cool styles, colors or help you build on a favorite piece you already own.  At Sage, chances are you’ll leave looking like a million bucks, without spending nearly that much. The store is located at The Collection at Forsyth. Visit sageclothing.com for more information.

Options are endless when searching for the perfect outfit, but there's no reason to settle for cookie cutter when you can have unique at Luna boutique. In the heart of prestigious Buckhead, this chic and sophisticated women’s specialty shop has one-of-a-kind finds from custom-made jewelry, belts and handbags to designer tees, distressed jeans and snappy dresses – making it an Atlanta fashionista go-to spot. Luxury brands such as Trina Turk, Velvet, J Brand and Citizen adorn the racks. Headed to a cocktail party, vacation in Cancun or Saturday picnic? The right ensemble suited for any occasion is behind these vintage-wooden glass doors. The garden inspired backdrop with hints of ivy etched along the walls sets the tone for a tranquil-like shopping experience. Unique fabric gazebos serve as dressing rooms to round out the courtyard feel and al fresco décor. Attentive staff make size exchanges, clothes swaps or needed style advice a breeze, and is just one of the few perks to expect during your visit. For all the couture goddesses who are unable to leave the abode, journey through cyberspace to unearth select inventory online and fill up that virtual shopping cart.

Save your money on a plane ticket to Europe. Just a short drive to Buckhead is all you need to go to arrive at Atlanta's version of a weekday getaway: Buckhead Grand Spa. Tucked away from the hustle and bustle of Peachtree Street is this luxurious European spa retreat that's renowned for its aesthetically appealing environment, natural products, as well as its luxurious and health-restoring body treatments, facials and waxing. Try the spa packages on a girl's night out or live it up with a full day of pampering in peaceful solitude. Can't make it out to the spa during the normal business hours? Don't worry, special appointments can be made for hotel stays in the Buckhead area. Christmas isn't the only time for giving, give the gift of relaxation to your family, friends and coworkers anytime at the Buckhead Grand Spa.

Read More
+ Just Throw It In The Bag At Tags

Recently, many have been acquainted with Kandi Burress from Bravo's TV hit Real Housewives of Atlanta or as a Grammy winning singer and songwriter. Now, add fashion store retailer to her repertoire. As co-owner of Tags ATL, a women's and men's boutique located in the cozy West Village Vinings area of Atlanta, Burress has the opportunity to express herself fiercely and  fashionably. Since opening in October, Tags Atl has already made a name as the fashionista's one-stop shop for the hottest deals and carries some of the area's most trendy designs, including some of her RHOA co-star's lines. On any day of the week patrons may bump into celebrity giants including Clean House host Niecy Nash, rapper Yung Joc and many other entertainers that reside in the Atlanta area. Insider Tip: An online store is on the way for shoppers that aren't in the city often, but for those who are, it's the perfect posh spot. Click here for more information.

Live, Work, Play is the motto of Atlantic Station, midtown's one stop shop for eating, shopping and entertainment. In lieu of making your usual trip to the department stores go to the one place where can you find a painting for the living room, shea butter lip balm and a one of kind necklace to top it off at the Open Air Market. The Open Air Market features local vendors including artisans, independent artists and jewelry designers from the Atlanta area. The special holiday market features seasonal items such as outdoor gear, holidays specialties and gourmet candies. Not only does it have incredible and unique shopping finds, it also is convenient with its downtown location and plentiful Atlantic Station parking. This is the perfect place to fine one of a kind pieces you can't find at any chain store.

Winter brings dazzling lights, decadent treats and dreaded dry skin. The Posh Spot, located in the cozy Vinings area minutes from downtown, promises a luxurious and relaxing escape from the blistering cold. Services include a wide array of pampering selections for guests seeking a refuge from winter misery. An aromatherapy hand & foot treatment or even a fruit renewal manicure is the perfect end to a hectic holiday shopping weekend. Ladies aren't the only patrons that can enjoy themselves at the Posh Spot, the gentleman's manicure and neck up scalp & facial treatment gives the guys a great excuse to stop by with or without their significant other. Check out their weekly promotions, aimed at divas on a dime who don't clip coupons. Whether it be a manicure, facial or massage, Posh Spot invites you to make an appointment with the rejuvenating specialists that are highly skilled in defeating the winter woes.

With the holidays around the corner, it's the perfect time to show your family & friends that you truly care about their health with organic ingredients for your holiday meal. An alternative to your neighborhood grocery chain and an excuse to go for a walk are great reasons to check out the Piedmont Park Green Market on Saturdays from 9 AM-1 PM. Packed with flavor and not pre-packaged, the selection is locally grown produce, cheeses, floral arrangements and natural products. In addition, you can meet the farmers or merchant that grew or created the product you're purchasing, how often do you have that opportunity? See chef demos, enjoy live music and support local merchants at the Piedmont Park Green Market Saturdays in December. 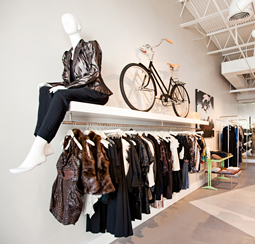 Fashion house. Event Venue. TV set. Three titles that rarely come to mind when one thinks of a boutique. However, the Bill Hallman boutique empire has raised the bar for designers worldwide. Much more than a store with clothes, this stylehouse is the mecca for this season's best denim, outwear, & even your night-out-on-the-town gear. Various events are hosted at the boutique weekly, including the recent meet & greet with men's shirts designer Zachary Prell and jewelry designer Telahin. On any given night you may see a magazine, album, or TV show release party held at Bill Hallman. Recently listed by Creative Loafing as 2009 Designer of the Year, Bill Hallman is doing much more for the Atlanta community than simply selling clothing. He's encouraging social networking, community involvement through his current design mentoring program, and still providing an enjoyable shopping experience. So if you're looking for an Atlanta hotspot where you may catch a glimpse of a celebrity all while getting styled for your next event, take a drive over to Bill Hallman's Boutique. Visit billhallman.com for more information. 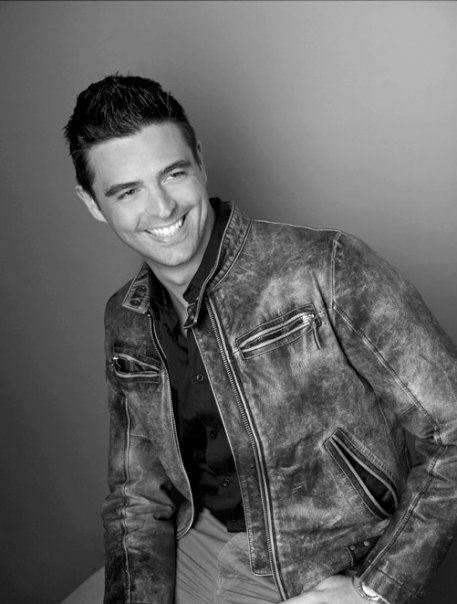 When designer John Gidding from HGTV's "Designed to Sell" recommends a furniture store, you know it's something special. Pieces in Atlanta is a one-of-a-kind store that garners major attention from Atlanta-based, design television stars and national press alike. Why does one shop receive so much praise? It's because of owner and refurbishing queen Lee Kleinhelter. Pieces is adorably designed where each room is a color-based vignette showing off Kleinhelter's one-of-a-kind gems that are refurbished using her own hands. From pillows to wooden tables to antique chairs, Kleinhelter literally turns someone's "trash" into absolute treasure. While the antique and unique furniture tends to be pricey, you can get a completely unique accessory item for less than fifty bucks. The style is classic with a punch and the clean lines resonate well with buyers, landing Pieces in Lucky Magazine, Elle Décor, and even in the Best of Atlanta Magazine's Hall of Fame. When it comes to the home, John Gidding knows best with his amazing recommendation of Pieces. **John Gidding is a host/designer on HGTV's Atlanta-based "Designed to Sell" and founder of John Gidding Design. Gidding is also a Yale and Harvard graduate and former model. Visit piecesinc.com for more information.
Next → Prev →