Read More
+ Transition from Drab to Fab with Uniform

Just when men thought their wardrobe couldn’t be trendy along comes a hot little boutique shop like Uniform. Located in the South End, this popular men’s store for contemporary clothing, skincare and accessories offers those fashion forward men a sense of style. If you are looking for a new suit, head over here where the staff will size you up and fit you in the most exquisite suit you’ve ever seen. They also carry fun T-shirts, deconstructed blazers, roll sleeve button downs, slim fit chinos, and even reversible shorts.You’ll transition from work to play in no time and look fabulous in the process. Check out the website at uniformboston.com.

Imagine a cupcake shop that offers zero carbs, sugars and fats! Impossible, you say? Not when you are Johnny Cupcakes, the quirky clothing store designed with cupcakes on them. Started by a kid who sold T-shirts out of his car, the company is now a multi-million dollar business and owner Johnny Earle was ranked #1 “Best Entrepreneurs 25 and Under” by BusinessWeek. Inside the shop, you will find a uniquely decorated interior, including antique refrigerators and all sorts of baking products with fun clothing items sitting prominently on display on baking trays and in glass pastry cases. Visit johnnycupcakes.com for more information.

Read More
+ Sit Back, Relax and Enjoy a Shave at Tweed Barbers 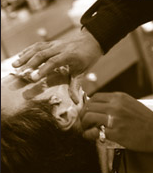 Sometimes in life you just need a little indulgence. When that time comes, Tweed Barbers comes to the rescue with a good old-fashioned shave. Tweed Barbers, formerly State Street Barbers, has provided award-winning men's haircuts and hot lather shaves to discerning Boston-area clients since 2006. They take tremendous pride in their work and perpetuating the fine art of classic barbering. Their strength and differentiation is manifest in the details: how intently they listen to what you want, how well the hair is tapered, how straight the neckline is, how even the sideburns are. Tweed Barbers would love the opportunity to be your Boston barber of choice. Check out the website at tweedbarbers.com.

Stephanie's on Newbury restaurant is as iconic as ritzy Newbury Street itself, and when namesake owner Stephanie Sokolove is not enjoying her award-winning patio and sophisticated comfort food, she goes to fellow Newbury Street business Bella Santé Spa. 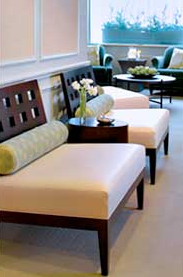 "When I think of unwinding it is all about getting pampered," Stephanie Sokolove told citybuzz. "For that I turn to Bella Santé Spa." Similar to Stephanie on Newbury's numerous accolades, Bella Sante Spa is a multi award-winning spa, receiving the most ever "Best of Boston" nods for its massages, skin care, and nail salon than any other spa in Boston. It's known for the Swedish-based Bella Santé Massage and the Bella Santé Spa Facial, which includes a double exfoliation process and mineral infused fabric mask. "The service is exceptional, the treatments are divine," adds Stephanie. "And there is one located on Newbury Street, right down the street from my restaurant, so sometimes I am able to sneak away for a massage after work." That sounds like a divine day, indeed! Visit bellasante.com for more information. *** Stephanie Sokolove is the Owner and Executive Chef of the iconic Newbury Street restaurant Stephanie's on Newbury, which has won her the nickname of "Queen of Patio Dining." Stephanie just opened the Stephanie's on Newbury sister restaurant, Stephi's on Tremont, in Boston's South End. Stephanie is known for her upscale, sophisticated take on American comfort food.

Read More
+ Shop for Everything on Your Wish List

Everything you've ever wished for can be found at the 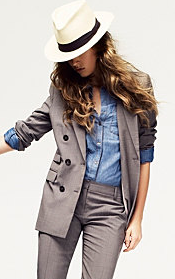 dreamy little boutique Wish in Beacon Hill. The contemporary women’s shop features high end designer labels (think black American Express Centurion), including Shoshanna, Diane von Furstenberg, Theory, Rebecca Taylor, Hudson and Citizens of Humanity. Everyone loves a fabulous shop that has all the latest fashions and Wish truly has it all from handbags to jeans. Whether your look is trendy or traditional, Wish offers some of the most stylish threads in the city, but be prepared to pay luxury store prices. Wish is the brainchild of three former Newbury Street employees, who had a dream of opening their own clothing store. This boutique just goes to prove that wishes really do come true. Check out wishboston.com for more information.

When you first step into the newly renovated Shreve, Crump & Low jewelry store, you will quickly know you have come upon something special. Shreve’s is the oldest jeweler in North America in its 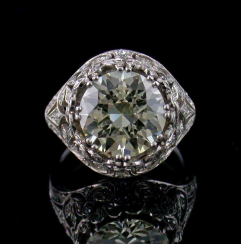 third century of operation offering everything from diamonds, pearls, and gemstones to timepieces, corporate gifts and even a wedding registry. The store underwent a $10 million dollar renovation in the spring of 2007 and now houses some of most coveted jewelry collections in the country. Throughout its history, the store has sold antiques, stationery and fine linen and even exhibited artifacts from Rome. Most notably, Shreve’s designed a silver cup to honor Boston Red Sox hero Cy Young, which later became known as the Cy Young Award. Today, the shop exudes luxury with its dark mahogany and marble paneling and new display cases. When you’re looking to splurge, stop by for a rare pearl from Mastoloni or a beautiful Charles Krypell design with emeralds and rubies. Visit shrevecrumpandlow.com for more information. 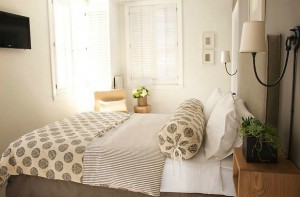 Think Warhol’s Factory Girl without the high drama! Koo de Kir, from the French “Coup de Coeur,” translated to “a strike to the heart,” offers the modern space to show off functional art that would complement any home. The lifestyle shop offers modern home furnishings and accessories designed for the urban lifestyle. Since opening in 1997, this boutique shop has been catering to the city’s biggest trendsetters. Because your home is an expression of who you are, the folks here hope your experience both in the store and on the website “inspires you to think, dream, live laugh and love in an home imbued with a sense of style.” Check out the website at koodekir.com.
Next → Prev →