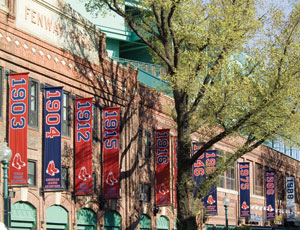 "America's Most Beloved Ballpark" is uniquely nestled in the city of Boston. Fenway Park is a place where dreams are made, traditions are celebrated and baseball is forever. See the home of Red Sox Legends, Williams, Yaz, Fisk and Rice. Visit Pesky's Pole and sit atop the world famous Green Monster which stands 37 feet 2 inches high overlooking leftfield. Our experienced tour guides will provide a thrilling, one hour, walking tour of Fenway Park. We welcome all fans to Fenway Park, home of the Boston Red Sox and the pulse of Red Sox Nation. Starting April 1, 2013: 9 a.m. - 5 p.m. or three hours prior to game time (last tour departing at 5 p.m. or three hours prior to game time) Tours are available year-round and depart at the top of the hour. Click here for more information. 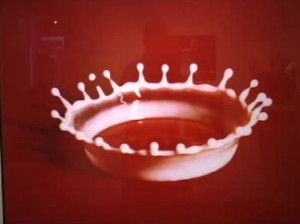 The Black Heritage Trail is a walking tour that explores the history of Boston's 19th century African American community.

Guided walking tours are offered by the National Park Service daily, Memorial Day weekend through Labor Day weekend, and other times by special request. A self-guided walking tour map and guide is also available. For more information on the tour, please contact the museum at afroammuseum.org The first Africans arrived in Boston in February of 1638, eight years after the city was founded. They were brought as slaves, purchased in Providence Isle, a Puritan colony off the coast of Central America. By 1705, there were over 400 slaves in Boston and the beginnings of a free black community in the North End. The American Revolution was a turning point in the status of Africans in Massachusetts. At the end of the conflict, there were more free black people than slaves. When the first federal census was enumerated in 1790, Massachusetts was the only state in the Union to record no slaves. The all-free black community in Boston was concerned with finding decent housing, establishing independent supportive institutions, educating their children, and ending slavery in the rest of the nation. All of these concerns were played out in this Beacon Hill neighborhood.

Read More
+ A Cozy, Intimate Setting At Cuffs Irish Bar In The Back Bay 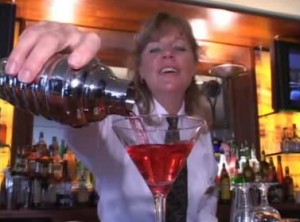 Cuffs Bar is know for it's food, drinks and light fare. Ideal for post-meeting drinks, relaxing chats and the perfect nightcap, Cuffs is the most unique choice in Back Bay Boston bars, featuring a sidewalk terrace for people-watching. The bar is located at the Loews Back Bay Hotel at the corner of Berkeley Street and Stuart Street in the Back Bay section of Boston. Click here for more information.

Read More
+ O Ya Puts Boston on the Culinary Map

If you have been on every “best of” list like Boston’s O Ya restaurant, can things get any better? From being named the number one restaurant in the country by the New York Times to receiving accolades for being one of the world’s 10 best new restaurants by Food & Wine Magazine, the praise is well deserved. This cozy little gem serves up contemporary Japanese fare, including nigiri, sashimi and Wagyu beef. Don’t miss the chilled homemade soba noodles, which can be perfectly paired with some sake. Be sure to call ahead and make a reservation as this Leather District hot spot fills up easily and waits can be long at the intimately lit O Ya tavern, which is located in a former firehouse. Valet parking is available at the corner of South and East Streets in Les Zygomates. Insider's Tip: O Ya is expensive, with some entrees running up to $60, but nearly all diners leave happy, saying every bite was worth every penny. Visit oyarestaurantboston.com for more information.

Read More
+ Grab a Burger and Brew at Bukowski’s Tavern

Bukowski’s Tavern located just off of bustling Boylston Street and steps from the Prudential Center and Copley Square is not only a popular hangout for college students but a great place to relax, kick back and enjoy a casual night out. This cool bar lacks pretension and formality but makes up with it in character, good food, a large beer menu (featuring over 100 craft brews to be exact) and fun atmosphere. Bukowski’s was named after writer Charles Bukowski, who was as well known for his writings as he was for his drinking. The no-frills bar menu here features hot dogs, fantastic burgers from the basic Barfly to the unique peanut butter burger, which they assure tastes great. After a few drinks and getting acquainted to the bar, you may even surprise yourself when you order up a white trash steak bomb. Visit bukowskitavern.net for more information.
Next → Prev →