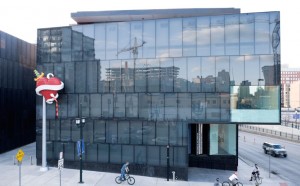 The Museum of Contemporary Art Denver (MCA Denver) explores the art and culture of our time through rotating exhibitions and public educational programs. Featuring regional, national and international artists, MCA Denver offers a wide range of exhibitions promoting creative experimentation with art and ideas. Through adult and youth education programs and other creative events, the museum serves as an innovative forum for a culturally engaged community. MCA Denver is a non-collecting institution acting as an incubator for art and ideas, artistic exchange, and dialogue. In 2007, eleven years after its founding, the museum opened a new David Adjaye-designed building in Lower Downtown Denver. MCA Denver presents exhibitions featuring local, national and international artists, as well as offering ongoing public programs that explore the relationship between art and contemporary life. MCA Denver has a robust youth program, with a focus on teens. The MCA has a fun Summer Camp With Adult Drinks program running through August with Bartender-in-Residence on Wednesday Nights from 5–9PM where Denver’s top bartenders drop by to counsel campers on the art and craft of a tasty cocktail. Each beverage counselor will create signature drinks on the outdoor rooftop bar on Wednesday evenings from 5–9PM. During June the Beverage Counselor is from Steubens. In July, the Beverage Counselor is from The Kitchen, and in August, the Beverage Counselor is from Coohills. Also, on Thursday nights, The MCA hosts "Mixed Taste", Tag-team lectures on unrelated subjects, such as Sinkholes & Wormholes or Draft Beer & Draft Urbanism. The Mixed Taste series runs until August 29, 2013. Visit mcadenver.org for more information. 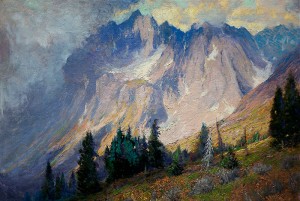 Charles Partridge Adams was a Colorado landscape painter active during the late 1800s and early 1900s. Rocky Mountain Majesty: The Paintings of Charles Partridge Adams marks the first time that Adams’ paintings will be displayed together at a major art museum; and the Denver Art Museum will be the sole venue for this important exhibition that highlights his greatest paintings of Colorado. Adams became one of the finest Colorado artists and is best known for his paintings of Longs Peak near Estes Park and other mountain ranges in Colorado. He was a highly prolific painter who created more than a 1,000 paintings during his lifetime. The DAM will exhibit 33 of the very best of his oil and watercolor paintings depicting Colorado and will show the diversity of Adams’ oeuvre, which includes such styles as realism, tonalism and impressionism. Rocky Mountain Majesty also will feature two of the museum’s own paintings, Moraine Park and Sunset in Colorado, alongside loans from lenders across Colorado. Click here for more information.

While famous for telling the story of Black cowboys, they are broader than this with interests in the stories of all those early Blacks who came west and performed as miners, soldiers, homesteaders, ranchers, blacksmiths, schoolteachers, lawmen, and every other profession needed to build up the West. In fact, the Museum itself is in the home of Dr. Justina Ford, Colorado's first Black woman doctor!

The Museum is broken into many diverse exhibits such as our homestead exhibit. There is an exhibit primarily dedicated to the town of Dearfield, Colorado. Dearfield was a Black pioneer town founded by O.T. Jackson in 1910 just east of Greeley, Colorado. It was a bustling town of approximately 500 residents founded on the principles of Booker T. Washington. It was successful until the 1930s when depression, drought and dust storms forced most of the residents back to the cities. In the early 1940s, the town dwindled to about a dozen full time residents and finally ended shortly thereafter. The town is now a ghost town and the Museum owns many of the city lots. Click here for more information.

Situated in Aurora about fifteen minutes south of the airport, this park is a giant hive of activity year round. In warm weather, the 880-acre reservoir opens to swimmers, boaters, jet-skiers, volleyball players, and fishermen; in wintertime, there’s cross-country skiing, ice skating, snowshoeing, and sledding. And that’s just the beginning: picnic areas and campgrounds mean that you can go biking, hiking, horseback riding, sharpshooting, birding, model airplane flying, and more for days on end. Gather all sorts of materials about local flora and fauna, equipment rental, and children’s programs at the park office. 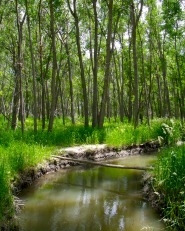 Dixie's Tupperware Party http://www.denvercenter.org/shows-and-events/Shows/dixiestupperwareparty/home.aspx A Tupperware party might be your grandma’s idea of a fun night out, but Dixie’s Tupperware Party will be yours. Dixie, is the fast-talking Tupperware lady who packed her catalogues and left it all to travel the country selling America’s favorite food storage device. The show took off-Broadway by storm and his now touring in Denver Dec.1- Jan 2. They’ll be plenty of jokes, heartfelt stories and audience participation. And yes, bring some cash because you can actually purchase Tupperware at this fun night out. December 1, 2010 - January 2, 2011 at Garner Galleria Theatre. 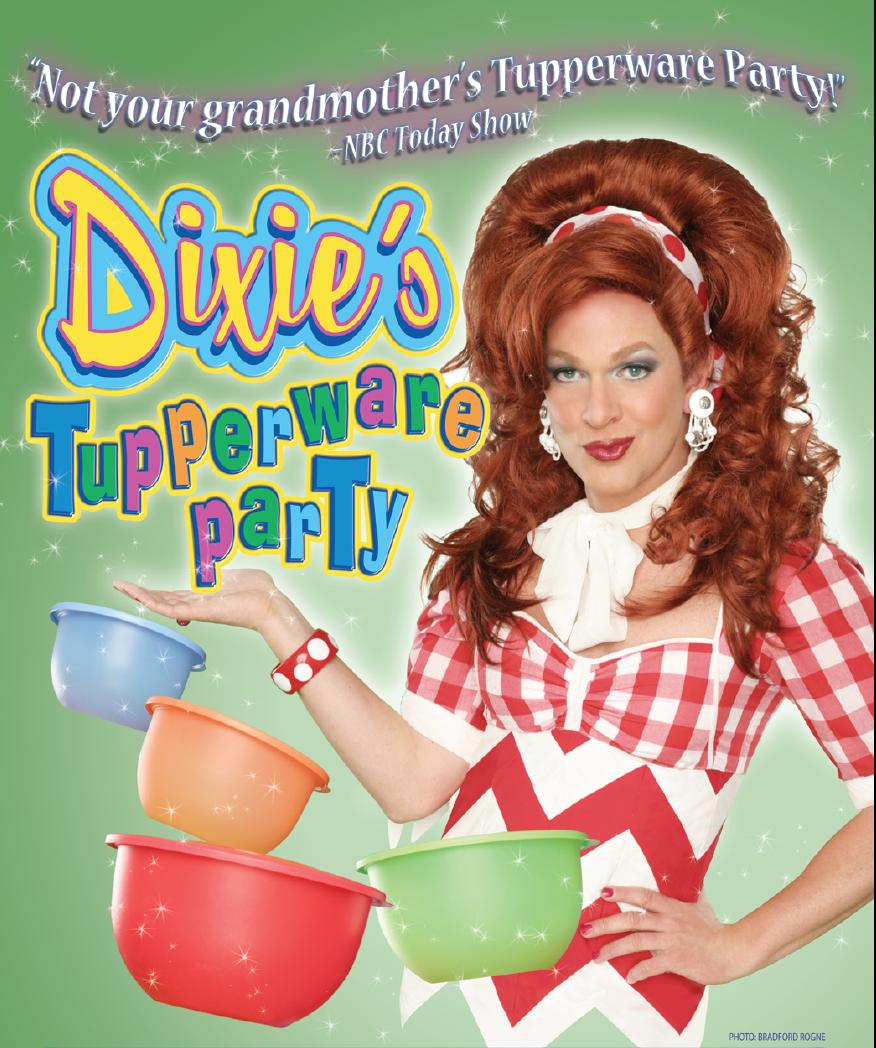 Located on the 12-acre plot of land that once marked the end of the Cherokee Trail, former wayside inn Four Mile House is a landmark on the National Register of Historic Places. Today, it’s also a thriving destination for history buffs and their families, who can take tours of the property and its farm, bring picnics, embark on weekend carriage rides, sit in tee-pees and visit the reconstructed camps of Colorado’s trappers and miners, even learn how to pan for gold. The park also hosts special events, from activity-filled harvest festivals to lectures on the expansion-era history of the area.

Not quite ready for the Rockies? At this rock-climbing gym, you don’t have to be ready—just willing. Come on a Tuesday night, when it’s open to the public (for a $10-per-person fee), and you’ll get a vertical workout for both your body and your brain as you climb 15-foot walls in a 1,500 square-foot space designed with routes to create more than 100 obstacles. If you enjoy the experience enough to become a member, the perks are as countless as the mountain peaks you’ll eventually tackle: 24/7 access to the club includes instruction and the opportunity to engage with a keen built-in community. 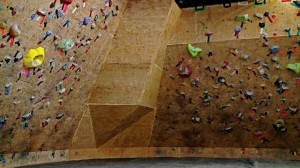 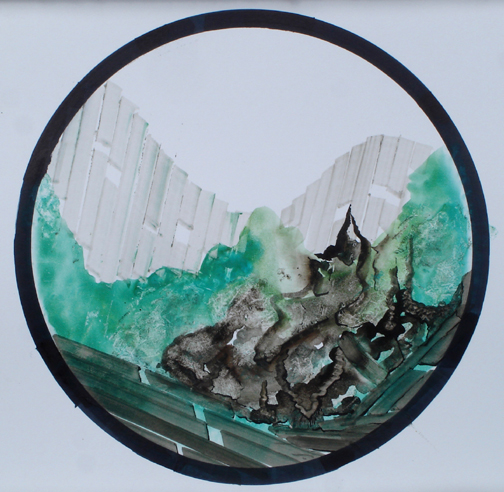 Named the Art Space of 2009 by the Denver Post, the decade-old Plus+Gallery, located in an old paint factory north of downtown, revels in the shock of the new. Local work is the focus, be it Tsehai Johnson’s strange arranged squiggles of porcelain and silicone, Devon Moore’s elegant metalwork, or Riva Sweetrocket’s Magritte-like canvases in soft pastel; owner Ivan Zeile also curates an Experimental and New Media Series for film projects and performance pieces. Of course, exhibitions aren’t all Plus hosts (hence the name); salons, wine tastings, and concerts make it a prime gathering spot for the Denver arts community as well. 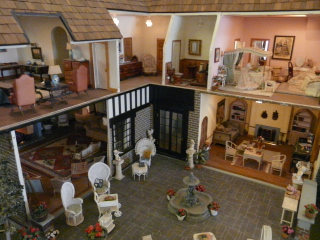 Housed in a turn-of-the-century Dutch Colonial two-story, the Denver Museum of Miniatures, Dolls & Toys looks a lot like a dollhouse itself. Of course, it’s filled with them, fully furnished, as well as train sets and teddy bears; geisha replicas, kachinas, and other figurines from around the world; vintage board games; and all manner of special exhibits featuring puppets and marionettes, role-playing game pieces, and holiday decorations. In such a magical setting, you might even be inspired to attend a hands-on workshop on topics ranging from masks to gingerbread houses—and you’ll definitely want to make reservations for teatime in the Oak and Berries Tea Room. While the first Sunday of every month is Family Free Day, rest assured parenthood is totally optional at this wonder for all ages.
Next → Prev →