Read More
+ Check Out Vintage LA At The Getty: In Focus: Ed Ruscha 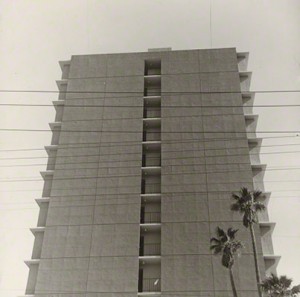 In Focus: Ed Ruscha Ed Ruscha's art is characterized by graphic simplicity, playful humor, and a keen interest in the vernacular as it applies to both language and architecture. This exhibition explores his photography, including well-known photo-based book projects, and it runs through September 29, 2013. Ruscha moved to Los Angeles in 1956 to study design at Chouinard Art Institute. Throughout a career of more than fifty years, he has produced paintings, photographs, prints, drawings, and films that often reflect on the city's vernacular architecture, urban landscape, and car culture. Photography has always been central to his artistic practice, most notably for the slender, pocket-sized volumes that he began publishing in 1963 and his extensive documentation of Los Angeles streets, beginning with Sunset Boulevard in 1965. Several of the photographs that appeared in these publications became source material for works of art that he would realize in other media, either at the same time or years later—for example, the photograph of Standard Station, Amarillo, Texas, published in Twentysix Gasoline Stations and later abstracted in a well-known painting now in the Hood Museum of Art, Dartmouth College. The works in this show are drawn from recent acquisitions of vintage prints by the Getty Museum and of Ruscha's Streets of Los Angeles Archive by the Getty Research Institute. Click here for more information. 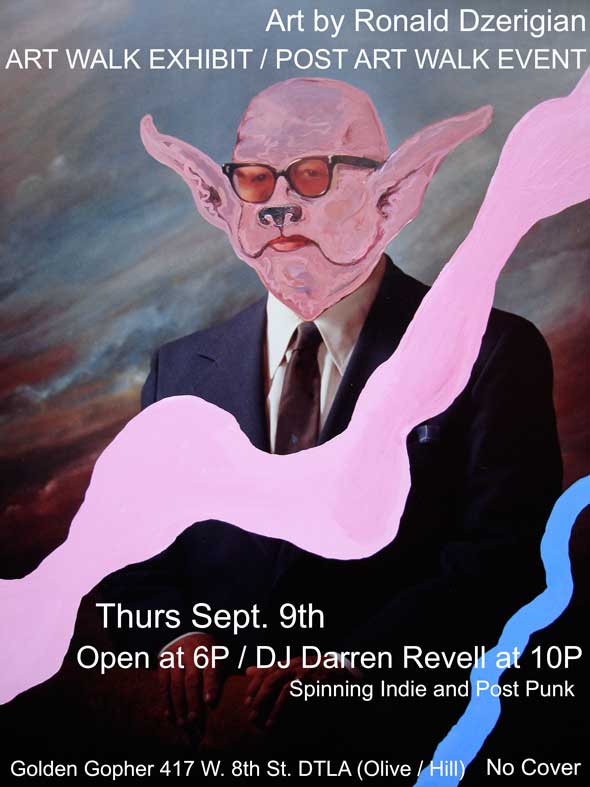 Ever since the first event in 2004, the Downtown LA Art Walk has become an event bringing food, fashion and of course art, together for Angelinos to enjoy. The second Thursday of every month brings locals as well as visitors to the Art Walk where from the hours of 12pm – 9pm, anything goes. Though one of the first to help launch the event, Bert Green, may have had a vision for the Art Walk, each month brings something different, such as spur of the moment fashion shows and live music events. Set up outside of galleries, people can roam the streets admiring artwork, listening to music, and enjoying food from one of the many food trucks that have begun taking over the Walk. Since every month is different, everyone who visits once seems to come back again. For immediate news, events and anything else you could be interested in finding, the Downtown LA Art Walk has redesigned their website for viewers and Art Walk aficionados to enjoy.

The Norton Simon Museum in Pasadena is truly noteworthy when it comes to its artwork and exhibits. Featuring Asian Art, European Art, and anything that is remotely Modern or contemporary, is featured in this hideaway. Current exhibitions at the Norton Simon include Hiroshige: Visions of Japan, while future exhibitions will be Raphael’s “The Small Cowper”. The vast amount of exhibitions and collections keeps tours and memberships alive. The Norton Simon, known for relatively inexpensive admission rates, has multiple levels of membership for active visitors as well as same-day admission for $8.00. Tours are also encouraged from those at Norton Simon who administer guided tours as well as spotlight talks featuring twenty minute discussions free to visitors. Along with guided tours and visits to the Museum, Norton Simon frequently features adult drawing and art history classes as well as lectures and dance performances. With multiple ways to enjoy the exhibits and collections, Norton Simon makes it easy for anyone to become fascinated by the works around them.

Focused on the act of preserving architecture, the Art Deco Society of Los Angeles is preserving many buildings, hotels and fine pieces of art that we have come to love and know so well. Buildings such as The Sunset Tower and The Egyptian Theatre are coined as “local Art Deco treasures” found in Los Angeles that have become LA staples and places frequently visited. This non-profit, supported by members varying from students to households, is always holding events for those looking to embrace LA Art Deco. Events such as walking tours and festivals are always being held in honor of LA art and architecture and members of the non-profit make the events calendar easy and accessible on their website. Though we pass some of these buildings each and every day, the Art Deco Society of Los Angeles encourages people to take in their surroundings by attending events held by the organization and to visit the buildings they try so hard to preserve. In the land of the fake, this society encourages you to embrace something real.