The Beacon Theatre is a historical place, and today it became one of the world’s leading live music and entertainment spaces. This place is certainly a must see, firstly for the variety of shows they offer, but secondly for the beautiful architecture. Conceived in 1926 by the film producer Herbert Lubin, the theatre’s neo-Grecian interior features gigantic Greek goddesses, arches, a spectacular stage, which can rise, carrying a full classical orchestra. The Beacon Theatre is part of the National Register of Historic Places, and it features today’s most sought after artists, therefore, it should not be missed. 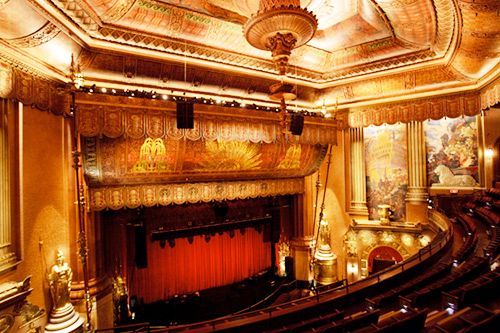 The French décor, the dimmed lights, and the delicious champagne make Flute one of the most romantic bars in New York City. Despite its charm, Flute is a hidden gem in Gramercy, known only by real New Yorkers. The place can be defined as upscale, but cozy and very comfy. Their staff is friendly, and they will help you decide on the wide variety of one hundred and fifty champagnes, plus the wines, of course. Some nights you can listen to beautiful jazz played by a live, talented band. Therefore, Flute brings together class, sophistication, culture and fun – truly a NYC place, which you should not miss.

Read More
+ Thomas Farley Goes For A Ride In NYC

Broadway Cardio” at Broadway Bodies was a better workout, and “Dance Workout” at Downtown Dance Factory was definitely more hip. Both had enthusiastic instructors who eased my first-timers’ nervousness. The fun factor of each was about even for me—I recommend trying whichever type of music is more your style. Both studios also offer additional classes, from Michael Jackson Mondays to Rock n’ Roll Ballet.

Practice, practice, practice - and a lot of talent - is the only way onto the world's most prized stage, Carnegie Hall, but for those who enjoy listening to world class talent, buying a ticket to one of the amazing concerts is equally as impressive. Pianist Sergei Rachmaninoff made his debut on Carnegie Hall's main stage, as well as hosting performances from cellist Yo-Yo Ma, opera legends Maria Callas and Luciano Pavarotti, conductor Leonard Bernstein to jazz artists Ella Fitzgerald. With its largest hall, the Isaac Stern Auditorium, open since 1891,

Carnegie Hall is the premier classical music performance space for legends of yesterday and today. The Isaac Stern Auditorium is what comes to mind when one thinks of what a classical concert auditorium should look like. Beautiful, with a striking curvilinear design and five levels of seating that holds up to 2,804 people, its renowned acoustics is one of the reasons why Carnegie Hall has been a favorite for audiences and performers for over a century. There are also smaller halls that are ideal for intimate performances, recitals, chamber music concerts, discussions, master classes and more. With over 200 concerts a year, Carnegie Hall is the place to go for classical music as well as performances from popular artists, like country singer Reba McEntire and Broadway star Patti LuPone. There are also major international and national festivals, like JapanNYC led by Artistic Director Seiji Ozawa, that take place throughout the year, offering concerts as well as films, lectures, readings, museum exhibits, and more.

Tucked along the NYU friendly Macdougal Street, Cafe Wha? and its humble exterior might make you question the legitimacy of this place. Put all doubts aside, over the years Bob Dylan, Jimi Hendrix, Bruce Springsteen, Bill Cosby and Richard Pryor have all performed on its small stage.

Today, the place is always packed with a cool, downtown crowd. The lowly lit venue is always loud with buzzed New Yorkers and the small stage allows for an intimate setting. Different guests perform every night, but the acclaimed Cafe Wha? Band is guaranteed to play every Wednesday through Sunday. And comedians, many of whom have appeared on Comedy Central, HBO or late-night television, open for the band regularly. Arrive early for the best seats, but bets are on that you half-way through you'll be singing at the top of your lungs and turning this live music venue into a personal dance floor. 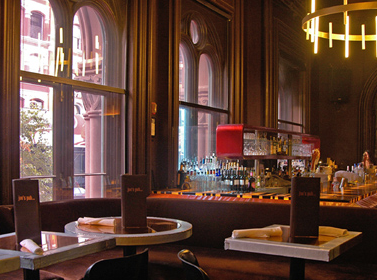 An arm of NYC's venerable Public Theater, Joe's Pub is actually a luxurious lounge and cabaret space offering an intimate space to experience some of the best jazz, comedy and up-and-coming musical acts. It's one of the few places in New York you'll find major stars without the drama involved in getting in and getting a good spot. Performers who have hit Joe's Pub's stage include Tony award-winning Sutton Foster, Isaac Mizrahi (yes- the designer/comedian for a night), Grammy award winning Adele,  international signing star Lara Fabian, and the list goes on and on. Newsweek described this as "one of the country's best small stages" and every night the quality of performances and quality of service at the lounge seals its commendable reputation. 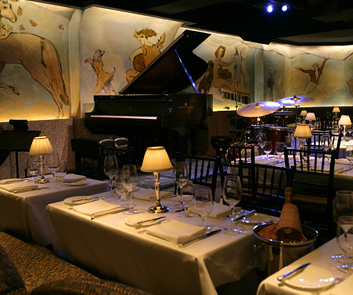 Cafe Carlyle offers an oh-so-elegant change of pace from all the downtown jazz joints. This upper east side venue was made famous by Bobby Short and his decades of Cole Porter and Duke Ellington interpretations. On any given night the coolest of the cool slip into the ritzy Carlyle Hotel to hear the tunes in the subtle light of table lamps. Woody Allen and the Eddy Davis New Orleans Jazz Band play Monday nights 'til June. Come here dressed to impress, jackets are required and so is the pocketbook- prices can start at $100 a person. But the performances and luxurious setting are well worth the price tag.

Musicians from the world of pop, rock and electronica all find their home in a seemingly unconvention

al setting: A vintage opera house that can holds up to 3,000. Hidden by a conventional midtown office-building, you would never know that some of the most significant groups of our time have orchestrated blow-out events, making the Hammerstein anything but an ordinary music venue in Manhattan. The ballroom opened in 1906 as a classical opera house. Then in 1910 it turned into a variety show house… followed by a conversion into a movie palace. During the Depression, it became a Freemason's temple, and was then abandoned in the 70's. Now, the Hammerstein is seat-free, allowing mobs in for general admission seating/standing.
Next → Prev →