The Snowy Day and the Art of Ezra Jack Keats is the first major exhibition in this country to pay tribute to award-winning author and illustrator Ezra Jack Keats (1916–1983), whose beloved children’s books include Whistle for Willie, Peter’s Chair, and The Snowy Day. The exhibition invites visitors to discover over 80 original works by this groundbreaking American Jewish artist, the first to feature an African-American protagonist in a modern full-color picture book. With works ranging from preliminary sketches to final paintings and collages, the exhibition also offers a reading area for visitors of all ages, drawn from Keats's art and stories. The Snowy Day and the Art of Ezra Jack Keats is organized by The Jewish Museum, New York, from the collection of the de Grummond Children's Literature Collection, The University of Southern Mississippi. The exhibition was funded at The Jewish Museum through a generous grant from the Ezra Jack Keats Foundation. Additional support was provided by the Joseph Alexander Foundation, the Alfred J. Grunebaum Memorial Fund, and the Winnick Family Foundation. The exhibit runs through October 20, 2013. Visit nmajh.org for more information.

Read More
+ Léger: Modern Art and the Metropolis At The Philadelphia Museum Of Art 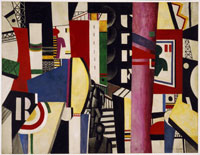 This interdisciplinary exhibition will shed new light on the vitally experimental decade of the 1920s in Paris when the great French modernist Fernand Léger (1881-1955) played a leading role in redefining the practice of painting by bringing it into active engagement with the urban environment and modern mass media. This will be the first exhibition to take as its inspiration and focus Léger’s monumental painting The City (1919), a cornerstone of the Philadelphia Museum of Art’s collection and a landmark in the history of modern art, placing it in dialogue with the urban art and culture of modernity. The exhibition will present a core group of Léger’s exceptional paintings on the theme of the city, along with film projections, theater designs, architectural models, and print and advertising designs by the artist and his contemporaries. In a multi-media installation of more than 120 works, including loans from American and European public and private collections, this exhibition will demonstrate the varied strategies through which artists and designers of the European avant-garde, with Léger in the lead, sought to participate in the complexity and excitement of the metropolis. The exhibition will also feature work by Cassandre, Robert and Sonia Delaunay, Theo van Doesburg, Alexandra Exter, Abel Gance, Le Corbusier, Piet Mondrian, Gerald Murphy, Francis Picabia, Man Ray, and many others. The exhibition runs from October 14, 2013 - January 5, 2014. Click here for more information

Read More
+ Expand Your Scientific Knowledge At The Franklin Institute! 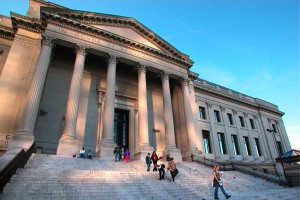 Looking for something fun yet educational? Visit The Franklin Institute, one of the oldest centers of science education and development in the United States, dating to 1824. In the spirit of inquiry and discovery embodied by Benjamin Franklin, the mission of The Franklin Institute Science Museum serves to inspire an understanding of and passion for science and technology learning. Among other exhibits, The Science Museum holds the largest collection of artifacts from the Wright brothers' workshop. The Institute is full of interesting and interactive exhibits, both permanent and traveling. Some of the permanenet exhibits are: Kid Science, Space Command, The Train Factory, The Franklin Airshow, The Giant Heart and Changing Earth. The traveling Exhibit, Titanic: The Artifact Exhibition, runs until April 7, 2013. This exhibit contains more than 300 legendary artifacts conserved from the ship's debris field, offering visitors a poignant look at this iconic ship and its passengers. The 15,000 square foot exhibition takes visitors on a chronological journey through the life of Titanic, from the building of the legend to life on board. Click here for more information.
Next → Prev →