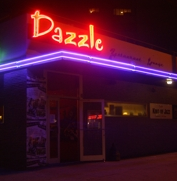 The yin to El Chapultepec’s yang, Dazzle is Denver’s other most esteemed jazz venue—and every bit as amenity-oriented as The Pec is no-frills. While its nightly lineup of both local and national talent—swing, bebop, fusion, et cetera—has won it numerous awards from both local and national media (including Downbeat), the club also gets its audience into the act via fascinating interactive programs like First Monday Art Talks and Jeff Jenkins’ Piano Conversations.

Moreover, it’s made fans, even among non-enthusiasts, with its freewheeling happy hour and the Friday Lunch Club—both featuring live music and a $5 menu—as well as the famed Sunday Urban Brunch, a sprawling all-you-can-eat affair complete with a bottomless bloody mary and mimosa bar.