Located in Hollywood, the Colony Nightclub looks like it belongs in the Hamptons rather than Los Angeles. From those that brought you Hyde and the SLS Hotel, the Colony is unlike any nightclub Hollywood has yet to see.

Similar to the exclusivity that the Hamptons are famous for, the Colony is a new Hollywood hotspot for celebrities and those who know someone on a list. The club, which looks more like a beach hangout, is filled with “beach chair” pillows and tree branches coming up from the floor.

Even though the club might look like it belongs on the beach, those responsible for the Colony believe that building a nightclub that could be found in the Hamptons would be just what Los Angeles nightlife needed. As they began recreating a Hamptons-esque nightclub on Cahuenga Blvd, those who actively partake in Los Angeles nightlife seemed drawn into the newness and uniqueness the club was going to offer. 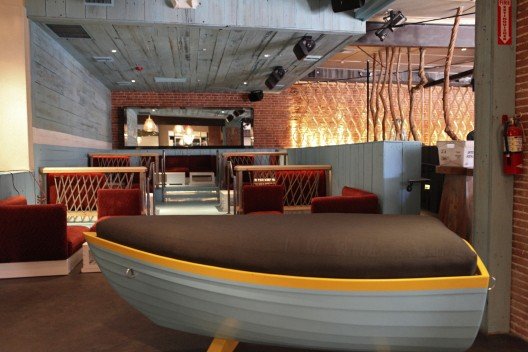 For celebrities like Rihanna and playmate twins Karissa and Kristina, the Colony is the perfect Hollywood getaway when you can’t always escape to the Hamptons.