The fast-paced action of the Miami Heat and those monster slam dunks from King James deserve to be celebrated with a tasty libation and thanks to the new RedFrog Bar at the AmericanAirlines Arena there’s a new way to toast great plays and victories.

Basketball fans can thank Carnival Cruise Lines, who as partners of the two-time defending NBA champion Heat, decided the best spot to expand their on-board signature brand watering hole was the AAA. 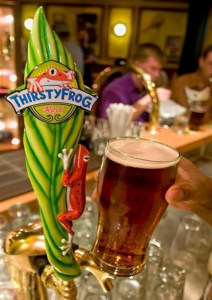 Cheer on (and toast) the Miami Heat to a third NBA championship at the AmericanAirlines Arena, 601 Biscayne Blvd.