Nearly a century Tobacco Road has been open, in the same location, making it a Miami institution for live music. It first opened its doors during the prohibition 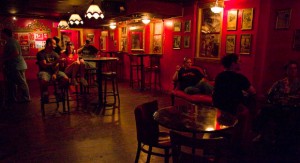 days and obviously things have changed a bit since then with the addition of legalized alcohol and some of the best live music in Miami.

They’ve been playin’ the blues at this place for years now, featuring an undisputed line-up of local musicians as well as established blues and rock acts that grace two tiny indoor stages (ground floor and second floor) and out on the patio. There’s always a reason for a party at Tobacco Road, whether it’s a blues festival or to celebrate yet another birthday- whether it be Gloria Estefan’s or another notch toward the century marker!