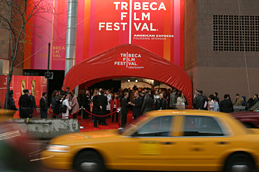 Tribeca Film Festival invades lower Manhattan once a year and it’s always a star studded, must-see red carpet event, after all it was created by Robert DeNiro. One of the most important and popular independent film festivals, this year the parties and controversy have started early.

Shrek Forever After will open the festival, and other films like My Trip to Al Qaeda, Last Play at Shea, and Edward Burns’ Nice Guy Johnny are sure to bring out the stars. One film, though, that is getting a lot of publicity, protests and defense (even a write up in the New York Times) is the transgender comedy Ticked-Off Trannies with Knives. With titles like these, this year’s Tribeca Film Festival will not disappoint.