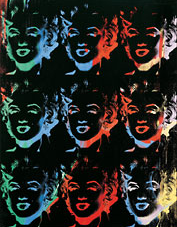 The San Francisco Museum of Modern Art is celebrating its 75th anniversary with an enormous exhibit of over 1,000 iconic works by artists like Alexander Calder, Roy Lichtenstein, Agnes Martin, and easily the most recognizable, pop-artist Andy Warhol. There will also be plenty of sculptures on the beautiful rooftop garden, which has been described as a gallery with no ceiling.  The SFMOMA’s massive permanent collection is still impressive, and for those who are a little baffled as to why a line of Campbell’s soup cans counts as art, there’s the “Making Sense of Modern Art” mobile tour, which can help viewers read between the lines of those Marilyn Monroe prints.