Dolores but you can call me Lolita: Good eats, hip scene 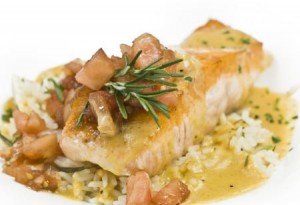 It’s about more than just the food at Dolores but you can call me Lolita in the heart of Miami’s thriving Brickell area. This is a compound that encompasses the restaurant, lounge, private room and even the Japanese favorite Sushi Maki next door. They go for the warm glow of candlelight in the restaurant where the wall border close to the ceiling brims with quirky and inspiring sayings.

Then there’s the menu which is brimming with delicious selections like the appetizer called Maybe, the Best Serrano Ham Croquettes you ever tasted or the Caesar salad was created in Tijuana Parmesan cheese and croutons. Those wacky names doesn’t mean they don’t take food seriously here, entrees include pappardelle with a Kobe beef bolognese or baja fish tacos of tempura fish filets served with a chipotle-guava cabbage slaw.

Eat or party or do both at the restaurant or lounge, the atmosphere’s great at both.