Boston’s Museum of Fine Art welcomes a new wing with The Art of Americas wing, unveiled November 20th. The addition doubles the number of objects from the collection on view, including several large-scale masterpieces not displayed for decades. Ancient America, Native America, Colonial America and 20th century art through the 1970s are just some examples of the various timeframes that will be displayed throughout three levels. The museum will feature 53 new galleries- there’s even four behind-the-scenes galleries! Adjoining the new wing is the Ruth and Carl J. Shapiro courtyard, a spectacular light-filled glass structure open to MFA visitors and for special events. And don’t forget the first Friday of every month is celebrated at the MFA with live music, a cash bar and a delicious tapas menu from 5:30-9:30 pm! 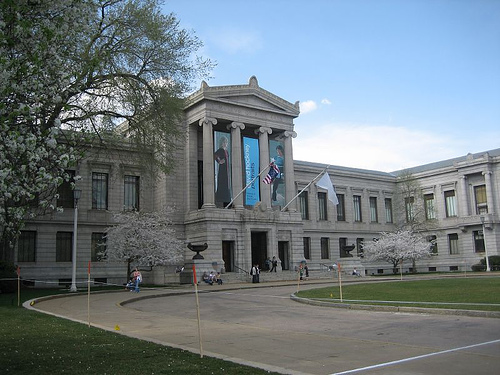