The Union Oyster House, on the Freedom Trail and just steps away from Faneuil Hall, boasts that it’s America’s oldest restaurant. Established in 1826 they’re also rumored to have the best New England Clam Chowder. It’s designated as a national historic landmark and many locals consider that “chowdah” recipe a national treasure as well. You’ll get a bit of history served up with your soup too- did you know that a future French King once lived on the 2nd floor while he was exiled from his country? And J.F.K. Has feasted in the upstairs dining room! 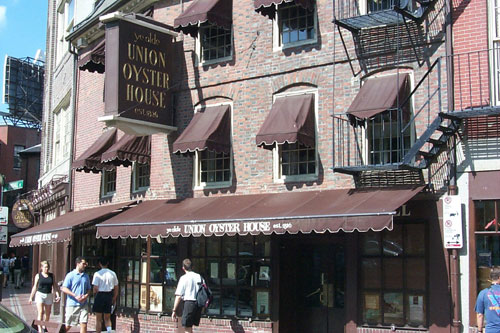