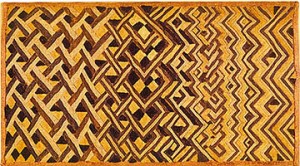 Symmetry/Asymmetry draws attention to African textiles as abstract works of art to highlight their aesthetic dimension. At the same time the exhibition suggests a synaesthetic experience as these once kinetic works engaged multiple senses. Over 40 works of African textiles, dress, and adornment – including objects from throughout the continent, from South Africa to the Sahara – are presented. A broad spectrum of objects spanning more than 7,000 years of artistic innovation, from a Neolithic stone bracelet to twentieth and twenty-first century commemorative cloths emblazoned with the faces of Kwame Nkrumah, Nelson Mandela, and President Obama, are included. A magnificent selection of indigo cloths from West Africa and Kuba textiles from Central Africa are also presented. The exhibition provides a surprisingly diverse range of symmetric and asymmetric designs. The exhibit runs through August 25, 2013. The museum is open Tuesday through Sunday. Click here for more information. 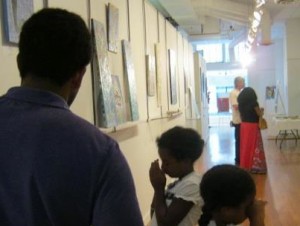 This is the perfect opportunity to experience Atlanta's art scene inside and out! Take a self-guided tour of the galleries — with no beginning or ending point — and move at your own pace as you soak up some fabulous contemporary Southern art. With its growth, First Thursdays has become more than just an arts walk. It's an event where singles can meet, business people can unwind, and couples can enjoy the beauty of downtown Atlanta’s landscape. Each month you're invited to stroll through magnificent buildings and streets to enjoy the beauty of Downtown and the gallery experience. Come take a walk with us the First Thursday of each month, from 5:00 p.m. - 8:00 p.m. First Thursdays ArtsWalk has grown with new programs and additional venues so that art lovers can view the arts, tour the historic districts of Downtown and enjoy various discounts at Downtown restaurants. Click here for more information. 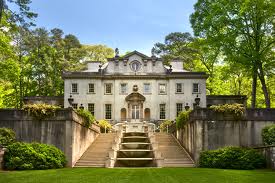 This monthly event introduces you to the story of Atlanta with free history and cold beer. This series takes place at a different historic spot in the city each month. Each event focuses on one aspect of Atlanta's history. History is the passion of the Atlanta History Center and this event series will be a great way to introduce people to Atlanta, the museum staff, and famous Atlantans (alive and dead). Please visit atlantahistorycenter.com for more information or to make a reservation or call 404.814.4000.

Read More
+ Stone Mountain Is A Nearby Adventure! 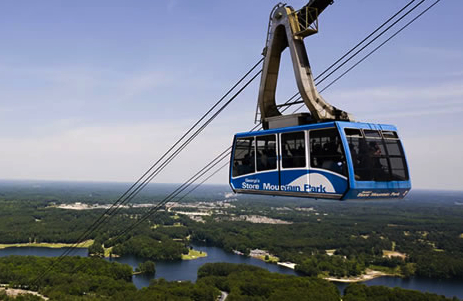 Stone Mountain Park is Georgia’s most popular attraction and features a wide variety of family activities. Located on 3,200 acres of natural beauty, adventure awaits as you discover interactive family friendly attractions and many natural and historical sights. Plus you won’t want to miss dozens of fun annual events such as Spring FUN Break, Summer at the Rock, Yellow Daisy Festival, Indian Festival and Pow-Wow, Stone Mountain Christmas and Snow Mountain. Stone Mountain activities are suitable for all ages You can play in the spray or stay high and dry on the all-new Geyser Towers®. Or trek through the treetops on SkyHike®, the nation's largest adventure course. Take a cable car to the top of Stone Mountain and get an up-close look at the Stone Mountain Carving. Relax on the scenic train ride around the mountain. And end your day at the world's largest laser light show featuring a fantastic fireworks finale! Visit stonemountainpark.com/ for more information.

The Varsity is the world's largest drive-in restaurant, serving customers in Atlanta since 1928. People from all over the world come to experience The Varsity because there is nothing like it anywhere! 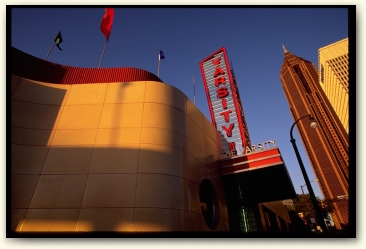 The original Varsity, located at 61 North Avenue, near Georgia Tech, opened in 1928 on a 70' X 120' lot with a white picket fence by a man named Frank Gordy; a man with a $2000 nest egg and "million dollar taste buds." Through his dedication to freshness, superior quality, advanced technology and serving the best food fast, he gained a reputation that is known worldwide. The Varsity has hosted well known people from the entertainment industry, the sports industry, the Governor's mansion, the White House, as well as visitors from all over the globe. Through Frank Gordy's determination, the original Varsity has grown into a two-story "Lunching Pad" and there are now 7 sister locations. The Varsity has become an Atlanta institution known and loved by all. There are now 7 locations in and around the Atlanta area. Stop by for some amazing food. Click thevarsity.com for more information.

Atlanta's Georgia Dome is a familiar name to sports fans. Not only is the Georgia Dome the home stadium for the NFL's Atlanta Falcons football team, the Georgia Dome has hosted some of the sporting world's most exciting athletic events since opening in 1992.

The roster of Georgia Dome sporting events features the 1996 Olympic Games (basketball and gymnastics), the Super Bowl (1994 and 2000), professional wrestling and bull riding and the 2013 NCAA Men's Final Four basketball Tournament, which was here in 2007 as well. Annual events held at the Atlanta Georgia Dome include the SEC Football Championship, the Atlanta Football Classic, Honda's Battle of the Bands and the Chick-fil-A Bowl.

In addition to being a world-class sports arena, the Georgia Dome has been the setting for concerts by such artists as the Rolling Stones and the Backstreet Boys. Atlanta's Georgia Dome has also hosted religious gatherings with Billy Graham and T.D. Jakes.

The Georgia Dome's illustrious résumé is matched only by its vital statistics. Atlanta's Georgia Dome covers 8.9 acres, stands as tall as a 27-story building and is the world's largest cable-supported domed stadium. Its athletic field measures 102,000 square feet. Seating at the Georgia Dome totals 71,250 permanent seats, with 203 executive suites, 4,600 club suites and a penthouse suite.

Visit gadome.com for schedules and information. 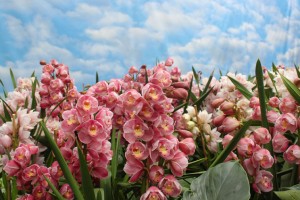 With its renowned collection of classic and contemporary art and award-winning architecture by Richard Meier and Renzo Piano, the High Museum of Art has grown from its origins in a stately home on Peachtree Street to become the leading art museum in the southeastern United States. The High Museum of Art is the leading art museum in the southeastern United States. Located in Midtown Atlanta’s arts and business district, the High has more than 12,000 works of art in its permanent collection. The Museum has an extensive anthology of 19th- and 20th-century American art; significant holdings of European paintings and decorative art; a growing collection of African American art; and burgeoning collections of modern and contemporary art, photography and African art. The High is also dedicated to supporting and collecting works by Southern artists and is distinguished as the only major museum in North America to have a curatorial department specifically devoted to the field of folk and self-taught art. Visit high.org for schedule and information. 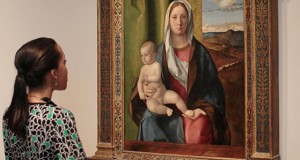