When Top Chef's Season 5 winner- and Boulder resident- Hosea Rosenberg goes to Denver for a night out, he heads to new restaurant Colt & Gray.  Hosea told citybuzz, "They are cooking the food that chefs, like myself, like to eat," which is always a very, very good sign.

For Hosea, the self-admitted key to his culinary heart is "all things pork," and Colt & Gray

holds that key with delicious dishes like the Long Family Crispy Pig Trotters Appetizer (a.k.a. pig's feet!) and Grilled Long Farm Pork Chop Entree. But other dishes, non pork-related, have been receiving the same sort of praise in Denver write-ups, like the Potted Peeky Toe Crab Appetizer (a crab spread) and the House Made Ricotta Ravioli Entree.

But we all know there is so much more that makes a restaurant great, and Colt & Gray has that, too. The resident mixologist mixes up a mean spin on the classic Manhattan, the New 1920's Cocktail, with absinthe as the special ingredient. And even the decor received attention for itself with a write-up in Elle Decor Magazine.

For such a young restaurant, the amount of amazing reviews is enviable, and the dessert of its meal of great press is making the top 10 of Denver Magazine's 25 Best Restaurant Lists. Sure, Top Chef 's Hosea Rosenberg and all the magazines in the world can tell you it's great, but just one meal at Colt & Gray will make you understand what everyone's talking about.

*** Hosea Rosenberg was the Season 5 winner of Bravo's top rated competition show Top Chef. Hosea is a resident of Boulder, Colorado and the Chef at Jax Fish House in Boulder. Besides his Top Chef title, Hosea has won many awards including Best Chef three years in a row at the Denver International Wine Festival, Guest Chef at the James Beard House, and his restaurant, Jax, has received the Best Seafood Restaurant in the Denver/Boulder area since opening in 1994.

Named one of the top five establishments to drink tequila in America by Food and Wine Magazine, LoLa has also become one of Denver’s most acclaimed dining destinations, serving cuisine inspired by Mexico’s coastal regions. 5280 Magazine’s Chef of the Year and LoLa owner, Jamey Fader, mixes up Denver’s best regional Mexican cuisine with his ever changing, seasonally inspired menus.

LoLa now occupies what was the original home to the Ollinger Mortuary and the 1926 winter resting place of Wild Bill Cody in what is now our downstairs tequila bar, BeLoLa. With over 150 selections of tequila Lola has a sleek and sexy space that is conducive to an evening of serious study with Mixologist Jimmy Zanon. Denver’s very best brunch starts early and ends late with live music on Sundays.

Diners will find a familiar steakhouse ambience along with the trademark caricatures of local notables and celebrities lining the walls. The food runs to outsize portions of USDA Prime steaks and lobster, cracked table side by your server, along with straightforward salads and sides such as the Half & Half, cottage fries and fried onions. A range of chops, fish (broiled, blackened, sautéed or peppercorn-crusted) and Italian dishes is on hand for those looking for an alternative to the beef. This is all complemented by a standout New York cheesecake and a notable wine list trumpeting familiar labels. 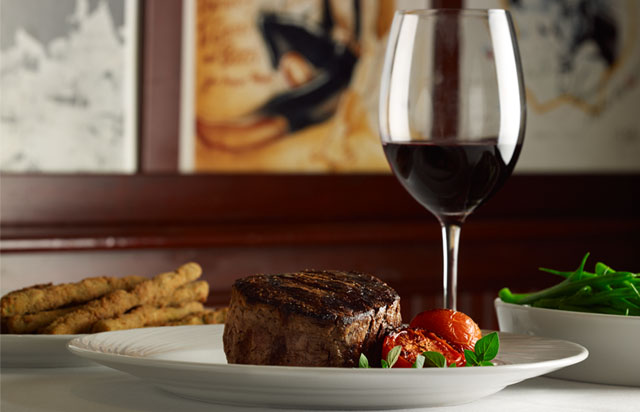 A major stop on the The Beat Poetry Driving Tour, this well-worn bar on the ground floor of The Colburn Hotel was a favorite of Allen Ginsberg and Neal Cassady—and it remains dear to Denverites today. From the sing-alongs around the grand piano to Sunday night karaoke to summertime pig roasts on the patio, the goings-on are always convivial—and they’re only enhanced by the comfy leather seats and cheap drinks (which are even cheaper during the two-for-one happy hour). No wonder the crowds are so diverse—be it nattily dressed grandfolks humming to the oldies, families with toddlers, or lawnmower-beer-drinking hipsters, there’s something for everyone here.

This sleek downtowner is a treasure trove—and its crown jewel is chef-partner Lon Symensma, whose world travels are reflected in his contemporary East-West cookery. The menu is designed for grazing and sharing such artistically presented creations as green papaya salad with tamarind sorbet, egg noodles with squid and scallops, and elegant sandwiches like the pulled beef with raclette and spicy radish. But once you take a bite of the luscious kaya toast with coconut jam and an “egg cloud,” you’ll be hard pressed to let anyone else near it. As for the service, it’s as polished as everything else.

Chef Patrick Du Pays wanted to make a "home away from home" with Z Cuisine & A Cote Bar a Absinthe- and he has succeeded. The restaurant has been awarded the Westword Best of Denver five years in a row. Using local and organic ingredients, the food is exquisitely done to perfection including classic French dishes that every palate can enjoy.

Going beyond the average bistrot restaurant, Z Cuisine has an added bonus of the A Cote Bar a Absinthe right next door. Taste real (minus the wormwood) absinthe that was illegal in the States not so long ago. If you're not interested in some sugar and green liquid, there's also an incredible selection of wines and cocktails to start, or end, your evening. 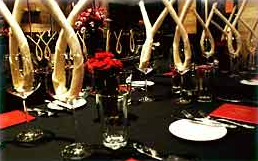 The CY stands for Cliff Young—and you’ll see why the name should resonate so deeply with Denverites the second you enter the joint. A pioneer on the city’s fledgling dining scene in the 1980s, Young recently returned here after years in France—only to make waves all over again by opening CY Steak on the premises of Diamond Cabaret, an upscale downtown “gentleman’s club,” to use the polite term. Location (and late-night entertainment) aside, this is a classic steakhouse; handsome in red and black, it emphasizes a cellar full of big red wines and a menu laden with throwback riches—from caviar platters and Chateaubriand carved tableside to broiled lobstertail and duck-fat potatoes. What’s for dessert is up to you. 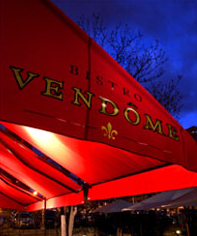 Tucked into a downtown courtyard across Larimer Street from her celebrated flagship, Rioja, Jennifer Jasinski’s Bistro Vendôme fits the standard Parisian model—cozy yet lively, simple yet sophisticated—from the breezeway two-tops to the shady patio. The kitchen smartly concentrates on the classics: steak tartare and salade Niçoise, roast chicken and croques monsieur, crêpes du jour and crème brûlée. Likewise, beloved quaffs like kir royale and brunchtime hot chocolate round out the all-French wine list.

And then there are the weeknight specials: Monday means discounts on champagne and oysters, while wine and cheese samplers make for wonderful Wednesdays. No wonder the tiny bar is lined night after night with industry insiders.

The hype’s as low as the loyalty is high at Panzano, a downtown fixture that’s so dependable day in and day out you could almost be forgiven for taking chef Elise Wiggins’s enormous talent for granted. But don’t. Even as it morphs from a power breakfast and lunch spot to a happy hour haunt to a pre-theater rendezvous, Wiggins’s creative energy never wanes, whether she’s popping out zeppole (doughnut holes), flipping her signature crespelle ai funghi (mushroom crepes), or whipping up ever-intriguing pastas (keep your eyes peeled for dried fruit). Meanwhile, matching her knack for contemporary Italian cookery is her passion for sustainability; going beyond organic, she launched a nose-to-tail steer program in mid-2009.

Yet another bonus: the bread basket’s one of Denver’s best. 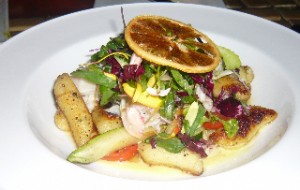 From the moment its doors opened in 2004, handsome Rioja has been on the short list of candidates for Denver’s best restaurant not only among locals but in the national press (including GQ and Details). Though Colorado is always in the background, chef-partner Jennifer Jasinski keeps her focus admirably sharp and tight on the cuisines of Italy and Spain, and the result is a seasonal repertoire as robust and colorful in flavor as it is precise in presentation. Handmade pasta is always a must, as is the signature appetizer of spiced pork belly in fresh chickpea puree—but then, so are the remarkably rich soups and fruit-based desserts. Perhaps the ultimate must is more than one visit.

1515 Restaurant is fine dining Denver style. It's a nationally recognized, award-winning restaurant that takes contemporary American cuisine, splashes it with some European flair, and adds some one-of-a-kind "eclectic Colorado cuisine" to top off the menu.

People come for the food as well as the ambiance. The bar scene on the first floor is usually crowded with a hot crowd, with lots of people watching of those who come through the door. The upstairs dining room is a bit quieter, and focused on the fabulous food like braised lamb shank or Kobe beef with saki-glazed ahi. There are a few vegetarian options and features an award-winning wine list that's received praise from Wine Enthusiast and Wine Spectator.