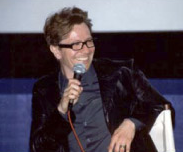 Now in its third decade, the 40th Annual USA Film Festival is one of the oldest, most respected festivals in the United States. The festival features the best in American and foreign film. Preview films prior to wide release or discover ones that aren’t scheduled for commercial distribution, meaning you won’t be able to see it anywhere else! There are plenty of discussions and encounters with dozens of filmmakers, directors, actors, screenwriters and composers. One of the two most important competitions, the National Short Film and Video Competition, will be held during this week.