The Philadelphia Orchestra is internationally 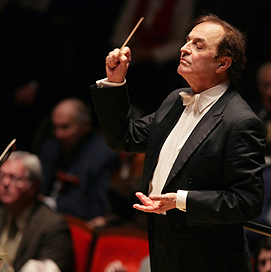 regarded as one of the best symphony orchestras in the world, but more likely you’ve heard them as the orchestra in Walt Disney’s Fantasia.

Putting on seasonal performances and even an annual concert series at the historic Carnegie Hall, the Philadelphia Orchestra is lead by veteran Conductor Charles Dutoit, who has an impressive resume previously conducting the Boston, New York, Los Angeles, Chicago, San Francisco and Pittsburgh symphony orchestras. Basically, this conductor has seen and heard it all.

The Philadelphia orchestra has released dozens of album recordings, including the work of Beethoven, Rimsky Korsakov, Saint-Saëns, and Mozart. When not touring internationally,  the Philadelphia can be heard at the historic Kimmel Center for the Performing Arts in downtown Philadelphia.