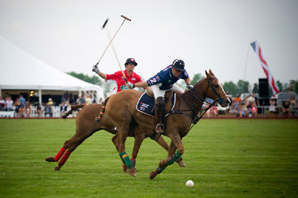 Believe it or not, America’s Polo Cup World Championships, held in the heart of DC on the National Mall, is one of the world’s premier televised charity polo sporting events and the largest one of its kind in the DC area. Every year Team USA goes up against a different nation, and this year it’s India. But there’s a whole lot more than one game; this is a weekend extravaganza. The celebration kicks off on June 11th with an exclusive VIP party. On Saturday, the Championship and Fashion Show begin with a Bollywood style introduction that’s answered by an American rock anthem. The game is always intense both on and off the field, as the men duke it out with their horses while the women face off in a fashion hat frenzy to win the title of Best Hat and Best Dressed. It’s a chic European event in the heart of our nation’s Capital.