IO Theater: SNL Loves Them So You Should Too 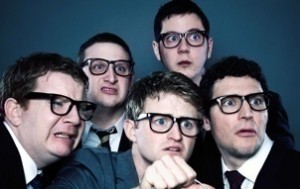 Yes Chi-town is a funny freaking city. Ever stop to think how many native Chicagoans star on SNL and are the comedic stars of the big screen? And when SNL is ready for new cast members, guess where they recruit? Yep, Chicago. Not just Second City either, in the Lakeview neighborhood, just a hop skip and a jump away from Wrigely Field is the IO Theater – the best of the city’s improv.

Spectators are oohed and ahhed over the skills of these actor slash comedians as they whip up entire musicals based on words provided by the audience. From cabaret to the just plain bizarre one thing is sure here – you won’t leave without a side ache.