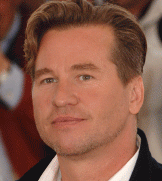 This month the Mary Baker Eddy Library Centenary Series gets some Hollywood attention as the former Batman star Val Kilmer spills the secrets on his new Mark Twain/Mary Baker Eddy movie. Together with Mike Davis, library researcher, and Chet Manchester, who has written a screenplay on Eddy, Kilmer & Co. will discuss how these two literary geniuses were intertwined and influential in their time and today. It should be a great night of learning as well as getting some secret details on the upcoming major motion picture!

Don’t forget to call in advance for reservations, as space is limited.