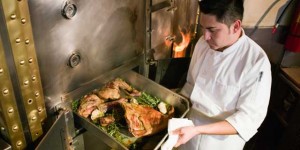 It has been said that Spiaggia has the best Italian food in all of America by notables for Travel & Leisure and Esquire. Yep, read it and weep Northeast coasters who think you’re the only people to recreate Italian masterpieces.