Gillian Welch and the Good Vibes Tour hits the stage. Or, check out a party happening Highline Ballroom and a film under the stars.

A delightful meld of the high-lonesome vibe of classic country with the hardscrabble attitude of old-school alt-rock.

If there is such a thing as upscale honky-tonk, look no further than Gilley’s Dallas. Does the name “Gilley’s” ring a bell? Think John Travolta and a mechanical bull. While this isn’t the original bar or bull from Urban Cowboy (same owner Mickey Gilley), it’s a mighty fine second and a first place win for country-lovin’ good times. Even if yo 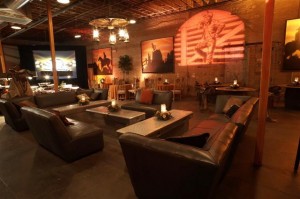 u’re not a fan of skintight Levi’s and red snakeskin boots, the crowd is so fun you can’t help but join in on the line dance with 200 other cowboys and cowgirls.

A good mix of authentic wranglers, weekend hicks, and fashionable Dallas “bumpkins,” Gilley’s has something for everyone- including an actual mechanical bull. And don’t be afraid of two-stepping, there are free dance lessons every Saturday from 6pm – 8pm with awesome drink specials and free admission for the rest of the night.

With national music acts and local fave The Chris Rivers Band and a decent cover charge, it’s time to break out your rhinestones and boots -or rhinestoned boots-for guaranteed fun at Gilley’s Dallas.

Having launched the career of RuPaul’s Drag Race runner-up Nina Flowers, Vivid still glitters with up-and-comers like Felony Misdemeanor Sunday in and Sunday out. But cowboy-themed GLBT bar Charlie’s is much more than just a weekly stage for Denver’s premier drag show. Depending on the night (it’s open all 365), an extra-diverse and welcoming horde descends for free line-dancing lessons, raucous rounds of bingo and trivia, unreal happy hour deals—and even, yes, the occasional wet jockey shorts contest. Meanwhile, if more than the occasional Jello shot is your guilty pleasure, Charlie’s is your watering—er, gelatinizing—hole.

Since 1894, J. Barbour & Sons has brought comfortable and fashionable clothing made for life beyond the city. Committed to durability and quality, this brand has become synonymous with comfort and country living.