Learn the art of sugar flowers or take in art at The Met. Plus, a hot new show at the Fringe Festival.

In a high-powered city like Washington, DC , political and corporate careers are not everyone’s cup of tea. The Kallinis sisters risked their life savings and gave up their corporate jobs in fashion and finance just to follow their dream of opening a bakery together. This city’s very first “cupcakery” opened on Valentine’s Day in 2008, became an overnight sensation, and ignited the exploding cupcake trend in Washington.

With a newer and bigger shop location, GC’s clear glass windows and refreshing white and pink décor marks the magic factory of moist, fluffy and absolutely the most adorable cupcakes. Fans and followers form the legendary cupcake queue on the corner of 33rd and M street daily just to get a taste. Taking a bite out of these designer cupcakes simply may not be enough, so make sure to check out the cupcake family’s drama on DC CUPCAKES on TLC.

Insider Tip: Secret flavor of the day is announced via twitter (http://twitter.com/gtowncupcake) daily – order the cupcake by the name and it’s free for the first 100 customers! 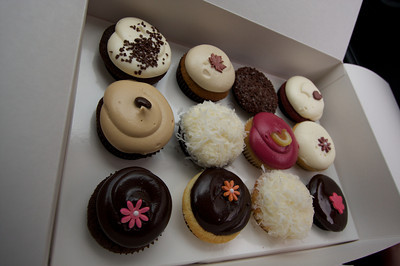 This year, the Chicago International Film Festival kicks off with ‘Stone’, a crime drama starring Robert De Niro and Edward Norton. But Stone is just the beginning. The festival will be packed with excellent films to please anyone’s taste. 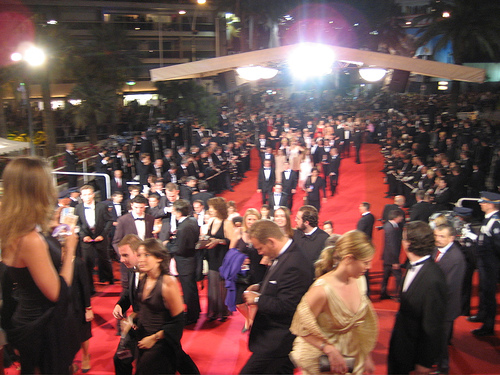 f Philadelphia has produced some of the world’s most brilliant opera stars, thanks in large part to the Academy of Vocal Arts. Enjoy as many of them return to Philadelphia to celebrate AVA’s 75th Anniversary.

International superstar mezzo-soprano Joyce DiDonato leads a lineup of AVA singers, including tenors James Valenti, who debuts at the Metropolitan Opera in March, Stephen Costello, winner of the 2009 Richard Tucker Prize, and Michael Fabiano, star of the feature film The Audition, plus many more great up-and-coming artists.  This star-studded event will be one of the most high quality performances of the year.

Chicagoans take theater seriously. Not that they’re obsessed with dramas, no, but the art of theater-going, yes. Here theaters range from the classics like the Goodman, Ford Center (Oriental Theater), and (of course) Chicago Theater to the king of comedy, Second City. In the middle of these two genres is the Harris Theater, whi

ch masterfully presents options worthy of the classics and funny enough for the kids at Second City. The reason the Harris Theater’s so successful in diversity is that it partners with some of the best performing arts companies, allowing the theater to be on the forefront of all things dance, musical, comedy and drama.

Just take a look at some 2010 highlights to come:

Mikhail Baryshnikov in a solo dance performance, an evening of insight with the “Master of the Musical,” Stephen Sondheim, the Harris Theater debut of Lang Lang under the baton of his mentor Christoph Eschenbach, the Chicago premiere of Orquestra de Sao Paulo with virtuoso percussionist Dame Evelyn Glennie.

The theater’s calendar is jam packed with performances making its repertoire new and fresh, especially compared to the big-boy theaters whose stage productions last for months at a time. And for those who still can’t enough of Harris Theater, there are plenty of classes and volunteering opportunities to keep everyone entertained.