For a true taste of Washington plan your stay at one of DC’s most cherished landmarks, the acclaimed Hay-Adams Hotel.  Nestled in Lafayette Square, right across from the White House, the Hay Adams lays claim to an esteemed, central location as well as significant historic roots. 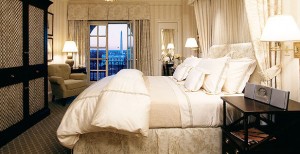 With a recent $20 million renovation by famed Washington designer, Thomas Pheasant, the Hay-Adams showcases classic luxury with intricately carved ceilings and lavish fireplaces.  In addition to numerous accolades, including the AAA “Four Diamond Award” for 24 consecutive years as well as Travel + Leisure’s “World’s Best 500 Hotels” (#1 for DC), the Hay-Adams has lodged choice travelers such as Amelia Earhart and Charles Lindbergh.

Aside from a comfortable stay, the hotel offers award-winning dining facilities.  Enjoy a leisurely brunch at The Lafayette Room dubbed “One of the Nation’s Top Four Power Breakfast Spots” by the Wall Street Journal.

Insider Tip: Wander down to the hotel’s bar, Off The Record (named by Forbes.com as one of the “World’s Best Hotel Bars”) and order a cocktail from John Boswell, named best bartender for four years by the Washingtonian.  Hailed as “Washington’s place to be seen but not heard,” you’ll definitely rub shoulders with some Washington power players.

The Freedom Tower is Miami’s Ellis Island, a historic building that symbolizes the city’s melting pot of immigrants. The national historic landmark has seen many ups and downs and was on the verge of disappearing when it was donated to Miami Dade College. It has now become a space for provocative art exhibitions, most recently Instruments of Torture.

The connection began last Fall with the unveiling of the world map mural located in the Freedom Tower’s Mezzanine floor. Other major art exhibitions featured here included the works of masters Goya, Dali, DaVinci as well as presentations by authors and other dignitaries.

There’s always an interesting cultural artistic or literary presentation happening at the Tower and with a central location in Downtown Miami it’s easy to make a day of it visiting here.

The Freedom Tower is located at 600 Biscayne Blvd., Miami, FL 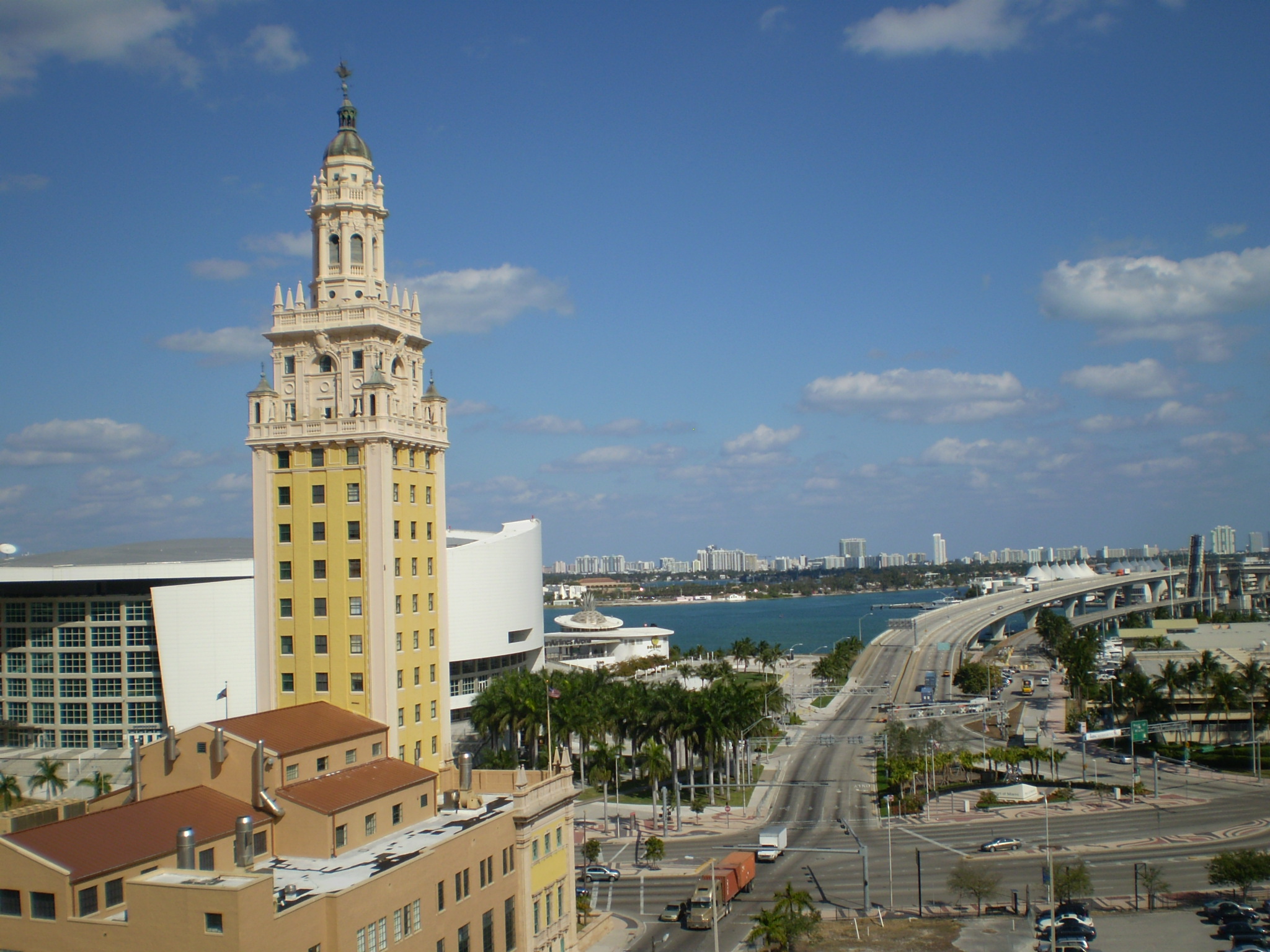 In a city where boutique hotels are emerging like roses from the rubble, it takes much more than a comfy bed for a boutique hotel to stand out. At the Glenn Hotel in downtown

Atlanta, they are doing just that with spacious accommodations, complimentary wireless internet access, and the city’s first rooftop bar complete with unlimited views of the Atlanta skyline.

Apart from providing luxurious guest accommodations, the Glenn Hotel is trying to limit their carbon footprint by reducing overall energy usage. The location alone is walking distance from major city landmarks, which makes for great gas savings. The hotel itself is a historic landmark that was going to be demolished until investors chose to turn the eyesore into an eye-catcher.

After a night of Hawks magic at Phillips arena, a tour of the CNN center or even a day at Centennial Park, take a few steps over to the Glenn Hotel for dinner at 30 Tables- the hotel’s “Ode to Atlanta” with delectable southern treats.

Try one of the many packages available, including the Get Luckie package in which your reservation includes a lottery ticket.

how the American flag came to be? At the Star-Spangled Banner Flag House, discover the woman behind the most powerful symbol in the world. Located in the former house of Mary Pickersgill, who sewed the national flag that also inspired our national anthem, this museum recreates the world that Mary would have lived in.

At the museum, visitors can learn about the Battle of Baltimore during the War of 1812, during which the flag and anthem were created. There are various artifacts from the era, including a fragment of the Star-Spangled Banner flag and a drum used by an American soldier during the battle. There is also a discovery gallery for kids, where they can design their own flags and fly it on the gallery’s flagpole.

The house is filled with original early 19th century objects. In fact, many of them were actual possessions of the Pickersgill family. There are also various live characters around the house that really make the experience feel authentic, from the African American apprentice Grace Wisher to Mary Pickersgill herself. If that’s not enough to recreate 19th century life for you, there are also touchable objects and various interactive activities, as well as a professionally guided tour.

As star-studded as Hollywood itself, the Hollywood Forever Cemetery has been the final resting place for the stars of the silver screen since the beginning of the movie era. Thousands come each year to see pin-up Jayne Mansfield, Carl “Alfalfa” Switzer and legendary film director Cecil B. DeMille’s tombstones. As the “resting place of Hollywood’s immortals,” this is a unique mix of both the living and the not soon to be forgotten: the cemetery is a historic landmark that shares half of its lot with Paramount Studios.

The Hollywood Forever Cemetery offers a myriad of walking tours.  The Hidden Hollywood Tour uncover the lost stars’ resting places, like Birth of Nation’s Henry B. Walthall; The Jewish Heritage Tour explores the lives and contributions of many of its Jewish persons; the tours would not be complete without The Cemetery of the Stars Tour that shows the A-list of the interred people.

The Hollywood Forever Cemetery is also host to many events year round, like the “Dia De Los Muertos” festival, that is one of the biggest of its kind. Sure, it may be a little morbid, but they don’t call it Hollywierd for nothing!

We’ve all known about Paul Revere and his famous Midnight Ride since we were children, and Boston is that unique city where history comes alive. With an impressive 90% of the Paul Revere House in its original condition (and downtown Boston’s oldest building), the upstairs chambers contain authentic Revere Family furnishings. Everything in the house oozes history, from the courtyard’s 900 pound bell from the USS Constitution to the appliances in the eighteen century kitchen.

For those who need a brush up on American History, Paul Revere was an American patriot and talented silversmith whose famous Midnight Ride to Lexington alerted Samuel Adams, John Hancock and everyone along the way that the British were coming, sparking the American Revolution. Situated in the heart of The North End, and within walking distance of other Boston must-sees Faneuil Hall and the New England Aquarium, the Revere House is a must-see for history buffs and modern revolutionaries alike.