Put a little glam into your holiday season with some new bling – and a new body!

From kids to adults to that picky person in your life, our experts have scoured the globe for the perfect holiday gifts sure to make anyone’s wish list!

Hosting a holiday get together? A few simple and inexpensive items can go a long way in making your party the talk of the season.

To celebrate the launch of Super Mario 3D Land for the NIntendo 3DS, fans were invited to spend a day in a real life video game complete with a warp pipe, coin jump, and flag finale!

Take your next holiday party to the next level wit luxurious cheese and a do-it-yourself espresso machine.

Rick Bayless long ago set a precedent for quality, gourmet Mexican food in Chicago. And with its top of the line ingredients and flair for the traditional mixed with modern, Mixteco Grill impresses. Proportions for both appetizers and entrees are sizeable too, so no one will go hungry, whether you try the delicious guacamole (with cucumbers) for starters or the spicy camarones glaseados for your meal. Don’t leave without getting dessert either; their traditional tres leches and flan are absolutely superb. What makes this place even better is not only the friendly wait staff but also that it’s BYOB every night of the week. 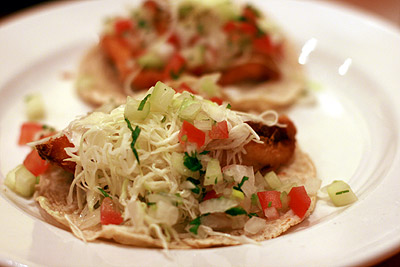 Who says gourmet dining is limited to the city? Paul Virant’s Vie restaurant in Western Springs, Illinois proves that quality food knows no bounds. In fact, there’s nothing the chef won’t try. While his menu always offers local food in innovative, beautiful, and delicious dishes, Vie also offers special dinner and weeks. This past August, Vie showcased barbecue and its many forms, from brisket to smoked corn salad. Now that Winter is almost here in Chicago, Vie also offers Sunday Suppers with prix fixe menus (when the Bears aren’t playing). No matter what the time of year, Paul Virant and his team offer amazing dishes, which is why they’ve earned a Michelin star. 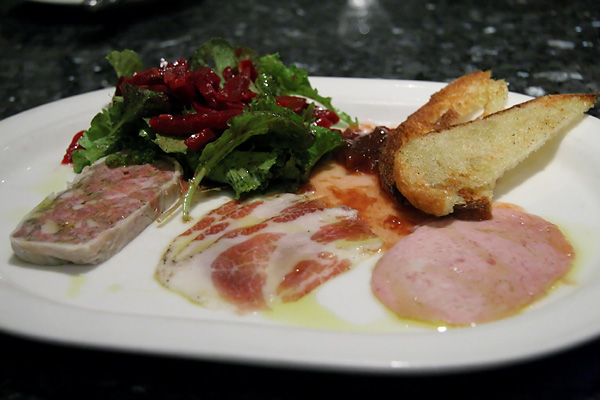 Alligator wrestling to the Miccosukee Tribe is a tradition that’s handed down from generation to generation. It is an important part of their history and one of the main attractions at the Miccosukee Indian Village.

Tribesmen perform several times throughout the day, putting themselves up against these ferocious animals in a pit. It’s more than just entertainment, they utilize skills that are mastered and perfected after years of practice and training.

It’s best to spend the day at the Village since the trek is far but there is plenty to do. Explore the grounds, shop for arts & crafts, watch the tribeswomen sewing intricate pieces and dine at the on-site restaurant.

Finley Dunnes Tavern entices people indoors with their many drink specials. But in this dark, laidback, no-frills bar, it offers more than that. While watching the game — the bar will play just about anything you ask for, if a Chicago team isn’t playing — sit back with one of the many drink specials, either alcohol or beer, while enjoying some free popcorn. When the game isn’t on, choose your tunes at the jukebox and get the party started with a bit of dancing, although there isn’t much room for that. After all, Finley Dunnes is your local watering hole with plenty of places to relax and put your feet up. 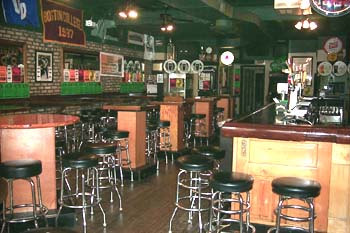 Who knew exercising could also be so musical and artistically graceful?

Starting mid-November through mid-March the Ice Rink at the National Gallery of Art Sculpture Garden will be open for general admissions. Skating in the cool crisp air while enjoying music from the state-of-the-art sound system and twirling amidst magnificent sculptures is truly a romantic, yet cultured experience.

Don’t forget to stop by the Pavilion Café to power up! The café boasts an unobstructed panoramic view of the Sculpture Garden. Did I mention that they serve fresh wraps, gourmet pizzas, hot coco, and even wine and beer? 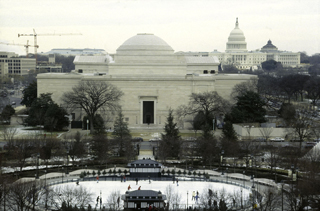 Everyone knows Masa 14 at the corner of U street and 14th street. It is that busy and upbeat Asian-Latino fusion restaurant with an electrifying vibe that everyone is willing to line up for, even after a long day of work!

With an interesting concept of blending Asian and Spanish cuisines, the menu offers a wide array of choices – you are not in a mood for Chinese? That’s okay, they have Korean and Japanesy tapas dish for you to try over fancy drinks with fancy names.

A few tapas and mixed drinks in, the atmosphere at Masa 14 only gets better!

Shhh… There are unlimited brunch plates and drinks Saturdays and Sundays from 11am – 3pm for just $35! 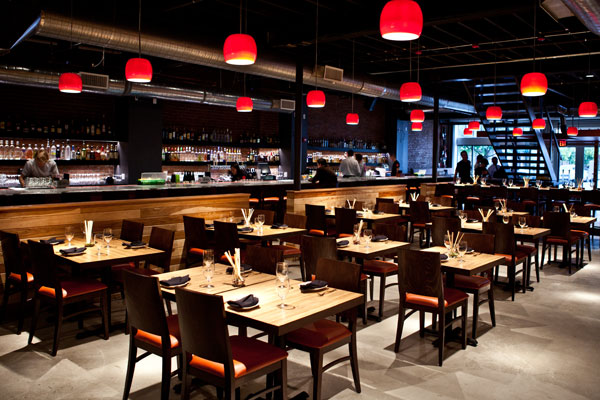 Looking for a new place to try exciting and exotic new flavors? Come to Etete where you are promised an authentic Ethiopian dining experience with a contemporary flare!

Located in Little Ethiopia, Etete is a family-owned restaurant where people from all walks of life come to try flavorful Ethiopian soul food and eating with their hands for the very first time. Trust me, they all came back for more.

Dishes are cooked in specially spiced Ethiopian butter and served with injera, the thin spongy sour bread unique to the Ethiopian cuisine. There are also great vegetarian specialty options that would make even the carnivores drool.

To complete the experience, don’t for get to try Etete’s unique variety of Ethiopian wine, beer and ambo! 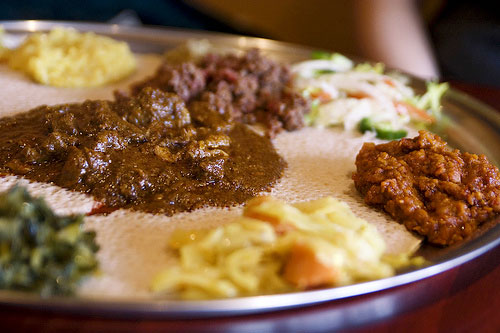 The National Portrait Gallery archives portraits of people who made significant contribution to American history and culture from the era of our Founding Fathers to the current political arena. Each photograph and each portrait tells an expansive story which weaves into the tides of our cultural past.

Sauntering through the exhibits and taking a glimpse into the establishment of our great nation with portraits of proud Native American chiefs and those of revolutionary generals and explorers. From studying each expression of every portrait, you get a better glimpse of those who shaped out nation.

For more inspirations, take a trip up to the second floor to see the America’s Presidents collection. 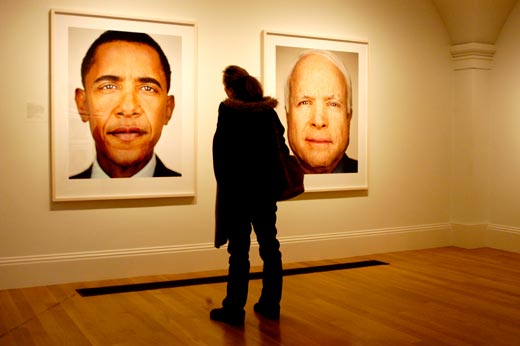 The Denver Art Museum is a private, non-profit, educational resource for Colorado. The mission of the museum is to enrich the lives of Colorado and Rocky Mountain residents through the acquisition, preservation, and presentation of art works in both the permanent collections and temporary exhibitions, and by supporting these works with exemplary educational and scholarly programs.

Since its beginnings in the 1890s as the Denver Artists’ Club, the Denver Art Museum has had a number of temporary homes, from the public library and a downtown mansion to a portion of the Denver City and County Building.

Healthy food doesn’t have to be so blah! Pack a flavor punch with these tasty ideas that are good – and good for you.

Originally known strictly as an elegant, upscale steakhouse with an old-world decor, The Forge has gone through a transformation. It now boasts an interior featuring eclectic furniture. One seating area evokes a living room/library feel with antique chairs, a contemporary couch, fireplace, bookshelves and stained glass, set alongside traditional dinner seating. Opulent chandeliers share the spotlight with quirky, lavender contemporary ones and yet another loungey spot features a fireplace with the cushiony rattan inspired couches and chairs that are commonly found poolside at any one of SoBe’s well known hotels.

The menu, by Chef Dewey LoSasso has also been transformed to include their well known classic steaks, chops and seafood but also incorporating short ribs, grilled shrimp waffle and chicken and duck alphabet soup.

Babareeba Store Denver gets a good name at this stylish Highland shop featuring trendy togs and jewelry and classic vintage wear. Approximately 70 percent of clothing and shoes reflect modern fashions from well-known stores like Ann Taylor and Banana Republic, as well as designer brands from hip boutiques. The rest is high-quality vintage like Jackie O-style St. John knits that lend themselves to current tastes. 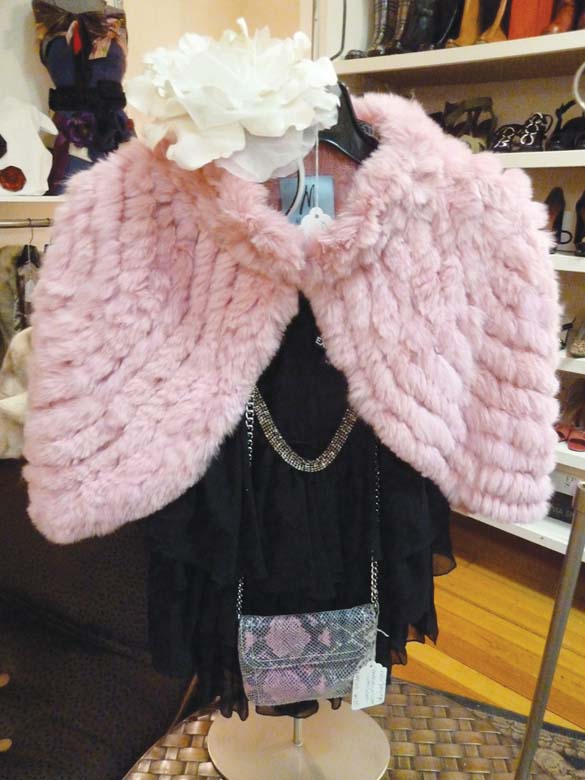 From the beginning Ted has had a very clear, unswerving, focus on quality, attention to detail and a quirky sense of humour, so much so in fact that the first stores used to provide a laundry service for every shirt purchased – something that gained the quickly growing brand the title of ‘No Ordinary Designer Label’. Everything produced under the Ted Baker name has his personality woven into its very heart.

As you would expect from Ted, the approach to marketing the brand remains the same as it was from day one … primarily by word of mouth and out of the ordinary marketing. What other brand would give away Paxo stuffing at Christmas, a can of chocolate bunny hotpot for Easter, or even special world-cup 2006 football cards, Roy of the Rovers style? Ted remains one of the only brands to be built into an international designer label without an advertising campaign.

On January 31, 1984, The Grill on the Alley, located steps from Rodeo Drive in the heart of Beverly Hills, opened its doors and became an instant hit. Its continued success has earned The Grill an international reputation for quality and consistency. The three founders developed a concept that still draws fans worldwide. The Grill today continues its legendary traditions in major United States cities by offering an extensive selection of superior quality classic American food served by dedicated professionals in a sophisticated, yet warm and unpretentious atmosphere.

The Grill (as it is sometimes known) was modeled after the great grills of New York and San Francisco; the founders seeking to maintain the tradition of those fine, old establishments by offering first-rate fare, attentive service, and a familiar, dignified atmosphere. The response was tremendous, as The Grill evolved into one of the Los Angeles area’s best known, “must-do” places.

The Grill’s second location was opened in May, 1998, at The Fairmont Hotel in San Jose, California, in the heart of the Silicon Valley.

The Grill on the Alley in Chicago opened on downtown Chicago’s “Magnificent Mile” in June 2000, and is just steps from Neiman Marcus, Saks Fifth Avenue, Marshall Field’s, Water Tower Place, and

The fourth The Grill – known as The Grill on Hollywood – opened in Hollywood’s Hollywood and Highland Entertainment Complex in November 2001. This bustling center is home to the Kodak Theater which hosts The Academy Awards year after year, and attracts locals and tourists alike. 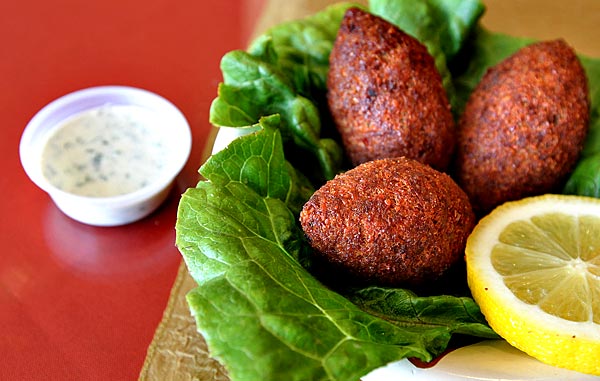 Being a first-time mom can be exciting. It can also be challenging. Lifestyle Expert and mother of two young kids Ereka Vetrini has some super practical advice to help moms and dads navigate those first sleep-deprived months of parenthood.

What every new mom to be needs to know before the big day her bundle of joy arrives!

The Living Room is located at 1055 Broadway in Denver (between 10th & 11th, next to Arby’s), and opened in August of 2009, with a fabulous wine and beer list, and a menu of mouth-watering small dishes along with an Enomatic wine sampling system allowing customers the ability to taste 24 varying wines by the ounce simply with the swipe of a card and a touch of a button.

Along with exceptional, friendly service The Living Room offers a warm, seductive yet

casual ambiance in this comfortable and stylish setting complete with high backed booths, hanging retro bubble chairs, low lights, great sounds, gathering bar, urban patio and just the right touch of downtown aire, all in a unpretentious setting that takes the intimidation out of wine tasting.